On April 9, 2020, the Federal Reserve announced its Main Street Lending Program to provide support to small and medium-sized businesses and their employees during this time of financial strain. The program provides these businesses with more access to credit to assist with their financial needs. On June 8, 2020, the Federal Reserve released updated term sheets expanding the scope and eligibility.

In this LINC Q&A video, McAfee & Taft business and tax lawyer Rich Johnson discusses the latest changes made this week and the next steps for prospective borrowers and lenders.

Q: What changes did the Federal Reserve make to the Main Street Lending Program?

A: Generally speaking,  through all three of the different loan facilities under the Main Street Lending Program – those three facilities being the New Facility, the Priority Facility, and the Expanded Facility. Under all three of those facilities, they extended the term.  It was four years to five years, extended the time that you could defer principal payments from one year to two years, leaving the deferment of interest payments at one year. They also updated the amortization schedules so that at the end of year three it was 15%, same at the end of year four, with balloon payments of 70% at the end. Again, all of those things are across all three of the loan facilities. Specifically with respect to the New and Priority facilities, they reduced the minimum loan amount from $500,000 down to $250,000. They had heard concerns from potential borrowers that maybe requiring to them to come in at $500,000 was too large of a number, so that was in response to that. Under all three loan facilities, they also increased the maximum amount available. Under the New Facility, you can now borrow up to $35 million. Under the Priority Facility, the max amount is now $50 million. And under the Expanded Facility, you can now borrow up to $300 million. We’re talking about these max amounts, keep in mind, that the max amount you can borrow is the lesser of those amounts we just discussed or a factor of EBITDA – four times EBITDA or six times EBITDA depending, on which program you’re looking at.  And what that does, being the lesser of the two amounts, that EBITDA factor in there will limit the program to those potential borrowers who were profitable in 2019.

Q: Is the program operational yet?

A: The program is not yet operational. Commentary from the Federal Reserve seems to indicate that sometime this week it will be. If not this week, hopefully next week. That’s kind of the target they have now, and once it is available that launch date among some other information can be found on their website.

Q: What are the next steps for potential borrowers and lenders?

A: An initial stop as just mentioned, would be the Federal Reserve website. They’ve got some FAQs posted there as well as these updated term sheets. In addition to that, the McAfee & Taft COVID-19 Resource Center has an article that goes into a little bit more detail on these programs. As far as next steps, what lenders can go ahead and do is, the Federal Reserve has put out some forms that will be required on their website. Lenders can go ahead and review those forms and then, of course, reach out to your McAfee & Taft banking or transactional attorney if you have any questions. For borrowers, now would probably be a good time to reach out to your everyday bank to see if they’re participating in the program because not all banks will be. And if they are, you can go ahead and let them know you’re interested and get in their queue. If they’re not, you can reach out to McAfee & Taft, and then we’re tracking banks that are participating and can facilitate making an introduction there. And then, as always if along the process you have any questions, then we’re here to help and happy to do so.

.
This Attorney Q&A has been provided for information of clients and friends of McAfee & Taft A Professional Corporation. It does not provide legal advice, and it is not intended to create a lawyer-client relationship. Readers should not act upon the information in this Q&A without seeking professional counsel. 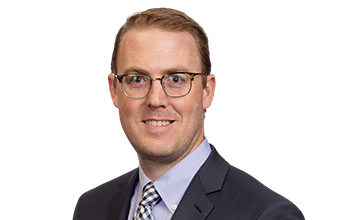