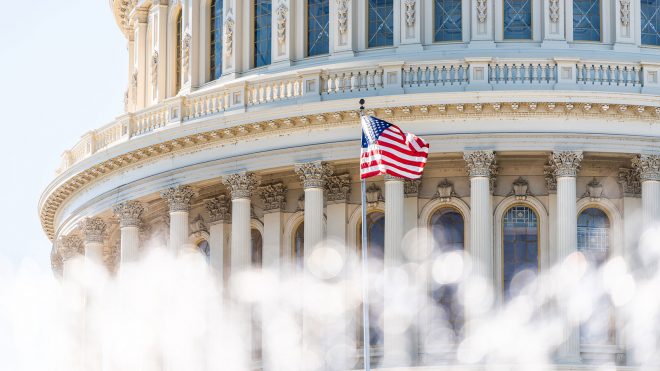 Now that the country has experienced the First Day of the rollout of the Paycheck Protection Program, there has been feedback in the press and from our borrower and lender clients about issues they encountered.  Reviewing them may help understand what is in store for the Second Day.

For context, the Coronavirus Aid, Relief, and Economic Security Act (CARES Act) was passed and signed on March 27, 2020.  The CARES Act authorized the Paycheck Protection Program (PPP) as a loan program through SBA previously approved lenders which would be guaranteed by the Small Business Administration under Section 7(a) of the Small Business Act.  Taking of applications by lenders was to commence April 3, 2020.  The SBA published an Interim Final Rule on the evening of April 1, 2020, to take effect the next day.  On April 3, the SBA published guidance on what affiliation rules would be used to whether a business concern (combined with its affiliates) was under the 500 employee limit.

This compressed time frame made it very difficult for lenders and borrowers to understand the rules and comply with them.

What application do I use?

Do I have to show how the proceeds will be spent?

In the Rule, the SBA added a limitation that any loan proceeds not to be spent on payroll costs could not exceed 25% of the loan amount.  The SBA also issued a sample Lender’s Application of 7(a) Loans which required the lender to determine that this requirement would be met.  That meant that borrowers needed to prepare a pro forma for the expenditure of loan proceeds.  The SBA removed that requirement when the final Lender’s Application was issued so that the work calculating the pro forma was unnecessary.

How do the affiliation rules affect eligibility?

The CARES Act states that eligible employers are (a) “small business concerns” already eligible for SBA 7(a) loans and then adds (b) “any business concern,” certain non-profits,  certain veteran’s organizations and Tribal business concerns “who employ not more than the greater of (i)  500 employees;” or the size standard for the applicable business in the NAICS standards of the SBA.  The regular 7(a) rules have aggregation requirements to determine eligibility based on the size of the employer’s affiliated group.  Prior to the interim rule, most borrowers and lenders interpreted the CARES ACT to mean that the affiliate rules did not apply to employers with fewer than 500 employees in its employ, not as aggregated with affiliates.  The Rule cast doubt on that interpretation and the Guidance confirmed the SBA’s view that some, but not all, of the affiliates rule applies.  This resulted in a number of potential borrowers becoming ineligible based on aggregate employees in the affiliated group.  Numbers of borrowers are recalculating to see if they may still qualify under the normal size standards.

Are there employers with fewer than 500 employees that are otherwise eligible who are excluded?

Again, the CARES Act appears to include all employers with fewer than 500 employees with only the restrictions specifically imposed by the CARES Act itself.  A number of business concerns had prepared applications base on that understanding.  The SBA however on Thursday night imposed on the PPP the general 7(a) rule describing ineligible business.  Consequently, financial institutions, life insurance companies, agricultural enterprises and passive investment companies found themselves excluded.

When is the employee limit calculated?

Who is a “sole proprietor” vs who is “self employed” or an “independent contractor”?

Based on the SBA PPP “Information Sheet Borrower,” sole proprietors could begin applying last Friday.  The self employed or independent contractors cannot apply until April 10.  The Rule does not describe the difference.

What is the calculation period for determining maximum loan amount?

The CARES Act says that, except in the case of a seasonal employer, this period is the “1-year period before the date on which the loan is made.”.  Most borrowers and lenders interpreted this as calendar year 2019.  The SBA also shared this interpretation in its draft and final Borrower’s loan application where it says: “For purposes of calculating “’Average Monthly Payroll,’ most Applicants will use the average monthly payroll for 2019…”  But, the Interim Rule says that aggregate payroll costs are those “from the last twelve months.”  This would be the “twelve months preceding application.”  But lenders are to confirm “the dollar amount of average monthly payroll costs for the preceding calendar year.”  This difference in formulation has led to massive borrower recalculations of “total payroll costs’; stresses on payroll service providers to supply appropriate payroll reports and confusion on the part of lenders about what documentation they needed to review.

How do I do the math?

There is nothing in the CARES Act about how the “average payroll costs” for a period is determined.  But the Rule says to “divide the amount (of aggregate payroll costs minus compensation over $100,000) by 12.”

Is withholding excluded from “payroll costs” or not?

CARES Act excludes from the calculation of “payroll costs,” among other things, “(bb) taxes imposed or withheld under chapter(s) 21…of the Internal Revenue Code of 1986 during…” the period beginning on February 15, 2020 and ending on June 30, 2020.  Chapter 21 is FICA.  So FICA, but not income taxes withheld,  could not be counted under the statute if withheld between February 15, 2020 and ending on June 30, 2020.  This exclusion affects both maximum loan amount and the amount of the loan eligible for forgiveness.  For early applicants, this impacts  forgiveness much more than maximum loan amount.

But, the Interim Rule says: “The Act expressly excludes…Federal employment taxes imposed or withheld between February 15, 2020 and ending on June 30, 2020, including the employee’s and employer’s share of FICA (Federal Insurance Contributions Act)…and income taxes required to be withheld from employees…”  So, the Interim Rule seems to add an exclusion of withholding and the exclusion is not limited to income taxes withheld  to that withheld between February 15, 2020, and ending on June 30, 2020.  So, under the Rule, withholding would be excluded from “payroll costs” for all purposes.

Are independent contractors included in the calculation of total payroll costs?

What lenders are eligible to participate?

The CARES Act authorized existing SBA approved 7(a) lenders to participate and gave them “delegated authority” to underwrite, close and fund PPP loans.  It also gave the SBA authority to expand the list of eligible lenders.  This the SBA did in the Rule.  The SBA imposed a requirement that any of those additional lenders file a Lender’s Agreement (SBA form 3506).  This form was not readily available and return response time from the SBA was slow leaving many potential lenders unable to process loan applications.  Treasury says that system is up and working now.

Were lenders able to process applications?

Lenders report SBA guaranteed loan through an SBA lender’s portal.  As with the application process for Economic Injury Disaster Loans, the SBA website was extremely slow.  Many lenders have been working overnight and over the weekend processing loans through the portal.

On April 1, 2020, the SBA also issued  a final Lender’s application for guaranty.