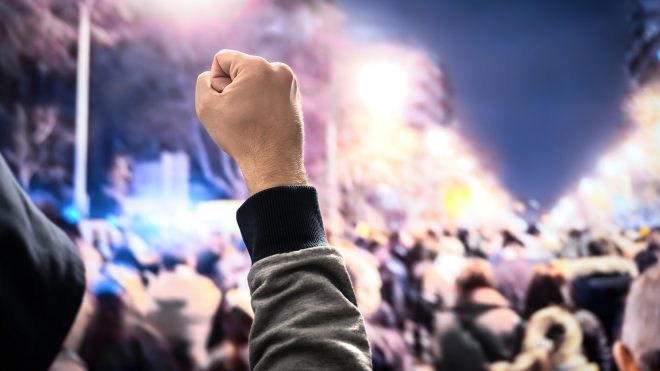 While most Americans agree that free speech is the most fundamental of rights – and are quick to cite First Amendment protections when facing consequences for making unpopular statements – it is a right often misunderstood.

Recent events in Washington, D.C. – and the fallout – seem to underscore that misunderstanding. Individuals who participated in breaching the Capitol are facing arrest, termination by employers, and other consequences for their comments and actions.

Do Americans have the right to say whatever they wish, completely free of consequence? The answer is unquestionably, “No.” The First Amendment reads: “Congress shall make no law … abridging the freedom of speech, or of the press; or the right of people peaceably to assemble, and to petition the government for a redress of grievances.” It is important to note those first five words – “Congress shall make no law.” This means that the First Amendment applies to the U.S. government, and no one else. Later, the 14th Amendment expanded the Bill of Rights to state and local governments. So while the First Amendment protects Americans from the government on the issue of free speech, it does not protect Americans from anyone else. This includes the judgment of fellow Americans and most employers.

For public employees, the answer isn’t so simple. Public employees work for the government, and that’s who the First Amendment is designed to limit. A series of opinions by the U.S. Supreme Court has made clear that public employees do have limited speech rights in the workplace. However, public employers may discipline those whose speech adversely impacts the integrity or functions of the employer or adversely affects morale. They must “arrive at a balance” between interests of the (public employee) as a citizen commenting upon matters of public concern, and the interest of the State, as an employer, in promoting efficiency of public services. This means that when speech is discriminatory or obscene, public employers can likely discipline without offending the First Amendment.

The key for employers is consistency. Notifying employees in advance through well-drafted policies should limit the number of instances of polarizing speech in the workplace, as well as provide protection from wrongful discharge suits.