The United Way of Central Oklahoma kicked off its 2021 fundraising campaign with The Hole Shebang!, a corporate cornhole tournament on the Great Lawn at Scissortail Park on September 9, and McAfee & Taft was right there in the thick of the action.  In addition to sponsoring the event, the firm fielded three teams.  Evan Crumpley and Haley Maynard, along with Colby Byrd and Chase Webb, participated in the corporate challenge, while managing director Mike Lauderdale and Tim Bomhoff, competed in the inaugural Boss Toss, a separate tournament featuring revised rules and extra fundraising opportunities. 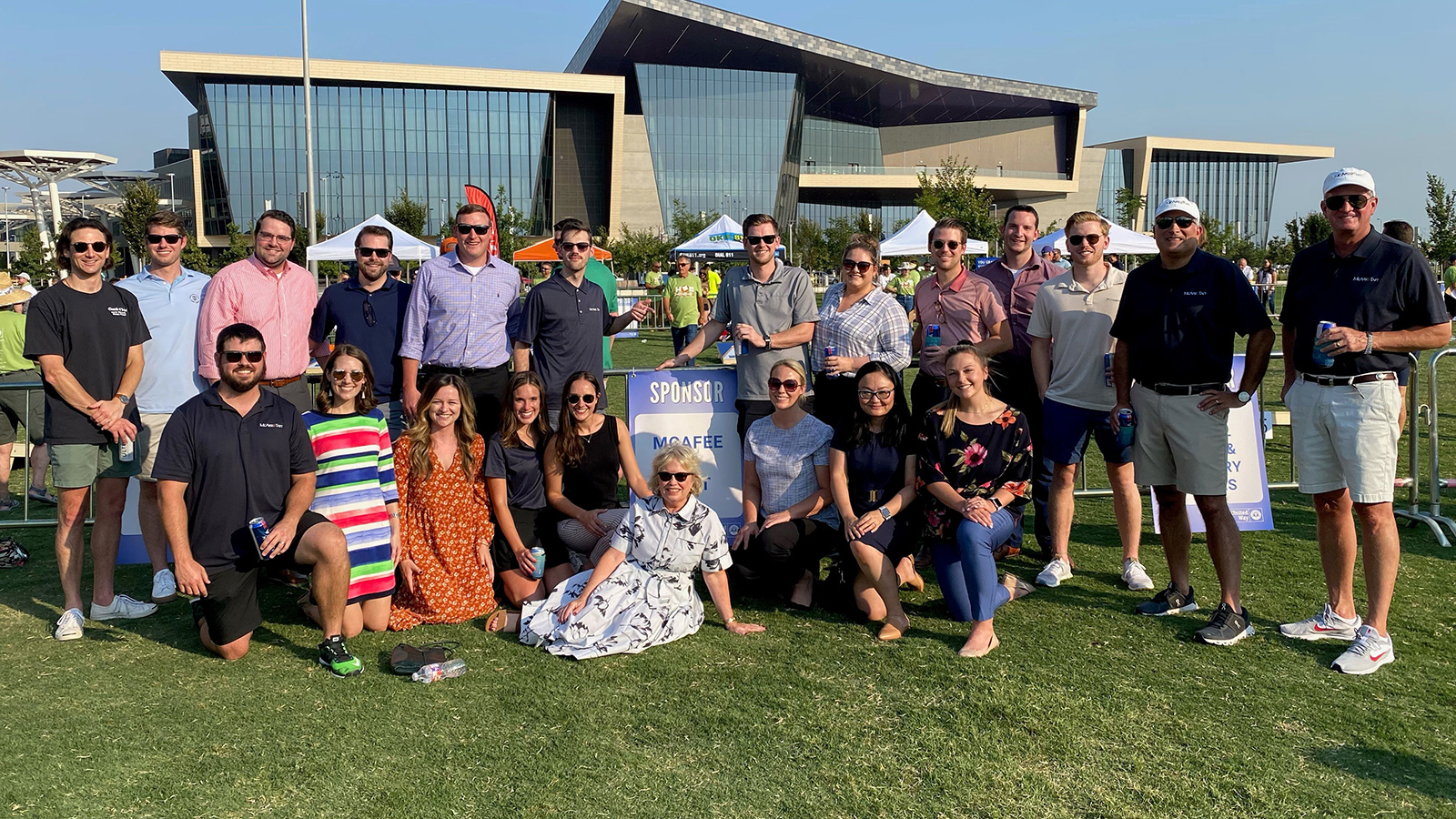