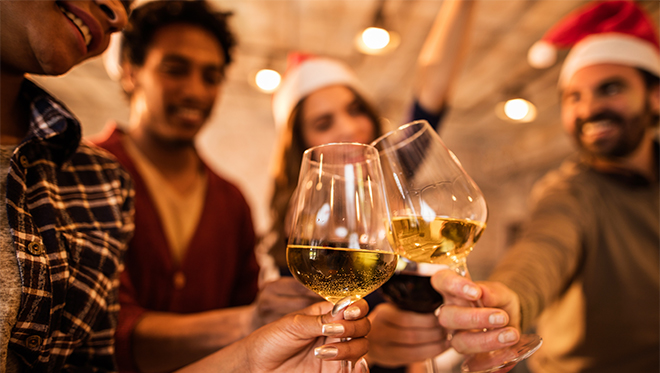 ‘Tis the season … for office holiday parties. They are great for employee morale. They can also give rise to legal hangovers that can extend far beyond the holiday season.

The primary legal perils of office parties are claims of sexual harassment or alcohol-related injuries by third parties. If an employee gets intoxicated and sexually harasses another employee, the employer could end up defending against a Title VII claim. Additionally, many states have adopted social host liability, either through statutory enactment or judicial decree, which provides that a party host can be legally responsible for injuries to third parties caused by employees who were overserved at an office party. Oklahoma has not yet adopted social host liability, but you don’t want to be the test case.

You can throw a great office party and still minimize ramifications of employee out-of-control behavior. Party with caution.

Before the party, check with your liability carrier to verify that you and your employees are covered for injuries resulting from a holiday party. If you’re not covered, consider purchasing a special events rider or a single event policy for the party.

Don’t have a Christmas party. Not everyone celebrates Christmas. Have a holiday party instead to avoid offending those employees who don’t celebrate Christmas. Recognizing and respecting diverse religious backgrounds is important to avoiding a Title VII claim.

If you decide to let employees drink alcohol, be smart about it. Use a licensed bartender who is trained to serve alcohol responsibly and will not serve anyone who appears intoxicated. Limit alcohol consumption by issuing drink tickets. Consider serving beer, wine, and other drinks with lower alcohol content. Make sure everyone has access to plenty of water and other non-alcoholic beverages. You should also serve appetizers to reduce the effects of alcohol.

Consider designating a few responsible management personnel with instructions to monitor the party. These designees should watch for employees being overserved, behaving badly (such as sexually or otherwise harassing others), or engaging in other shenanigans that could harm themselves or others. They should also monitor when employees leave to make sure no one who has been overserved is planning on driving. Encourage employees to use designated drivers, or reimburse the costs of taxis or other driver services.

‘Tis the season to party. Party smart and you can avoid legal hangovers caused by office parties.