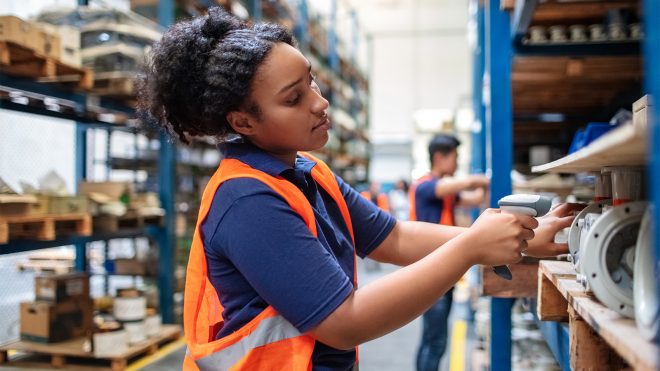 Against the backdrop of a new administration, an evolving workforce, and a changing economy brought about by the pandemic, the landscape for union organizing has radically changed in 2021.  While the nation’s attention is currently focused on the outcome of a campaign to unionize the workforce at mega-retailer Amazon’s warehouse in Bessemer, Alabama, employers of all sizes and across all industries should anticipate increased and more sophisticated efforts to unionize their workplaces.  The time to start planning to potentially address unionization efforts begins now.

Alabama is not typically considered a union-friendly area.  Nevertheless, Amazon’s Bessemer, Alabama, warehouse has been engaged in an all-out union organizing campaign for several months. Approximately 6,000 warehouse employees will decide whether they want to be represented by the Retail, Wholesale and Department Store Union (RWDSU).  Voting in the union election ended on Monday, March 29, and vote counting and legal challenges concerning the election mean it may be some time before we know whether or not Amazon’s employees voted-in the RWDSU.

The campaign and the union’s strategy

Employees’ interest in the possibility of unionization persisted despite Amazon’s recent increase in hourly wages and its promise to retrain the workforce. By all accounts, workplace safety standards, workloads, breaks, compensation, and employee monitoring were the main issues pressed by union supporters.

For the campaign, the union used a more sophisticated and multi-faceted approach to organizing – one that was aimed at an evolving workplace and workforce. In addition to traditional methods – such as a physical presence outside the warehouse, leafletting, and telephone calls – the RWDSU established an informational website for employees to access. As part of its campaign, the union also allied itself with community leaders and organizations who supported unionizing the Amazon facility. In some instances, these community players took an active part in the union campaign.

In coming months, a substantial uptick in union organizing efforts for other employers will be fueled by a number of economic, cultural, and political factors.

The coronavirus pandemic caused many individuals to experience job elimination or insecurity. The pandemic also brought into a sharper focus for employees the subjects of workplace safety and hygiene. The past year’s civil rights movements and other political/societal developments have transformed many workers into activists. Changing company policies and practices in order to improve the workplace and employees’ quality of life has become a common theme for some workers. Increasingly, employees are receptive to using unions as a way to address concerns and achieve these goals.

Phillip Wilson, a labor relations expert and president of Labor Relations Institute, a leading full-service labor and positive employee relations consulting firm, confirms that a sea change in employee attitudes toward unionization is already upon us, and that employers should be prepared to take action.

“Over the last several decades, unions have been in decline because the average worker wasn’t buying what organizers were selling. But that’s changed,” says Wilson.  “The pandemic and massive economic uncertainty create a perfect storm where a younger, technically savvy, ‘don’t bore me with the facts’ workforce sees little left to lose. Unions find themselves in a world where their traditional messages and promises suddenly hit the mark. And they are taking full advantage.”

And we can’t forget changes to the political environment. The Biden Administration’s Department of Labor and National Labor Relations Board will be markedly pro-labor. In March, the House passed the Protecting the Right to Organize Act (PRO Act), which would make it easier for unions to organize non-union employers and would significantly limit an employer’s ability to combat union organizing campaigns in their workplaces. If some version of the PRO Act ultimately passes Congress, President Biden has pledged to sign it into law.

While large companies like Amazon make attractive targets for union organizers, this is only the tip of the iceberg.  What is happening with Amazon in Bessemer is not an isolated event.  Even if the RWDSU loses in Alabama, employers should not expect unionization efforts in other states or other industries to stall or lose steam.  In fact, it’s possible it may have the opposite effect. Economic, cultural and political factors will drive employees’ interests in unions and the possibility of unionizing their workplaces. In today’s world, complacency is not an option for employers. When it comes to union avoidance, be proactive. That means assessing whether you are vulnerable to organizing efforts, training your supervisors, and effectively and candidly communicating with your employees.