‘I shot it right in the Kwatna’ 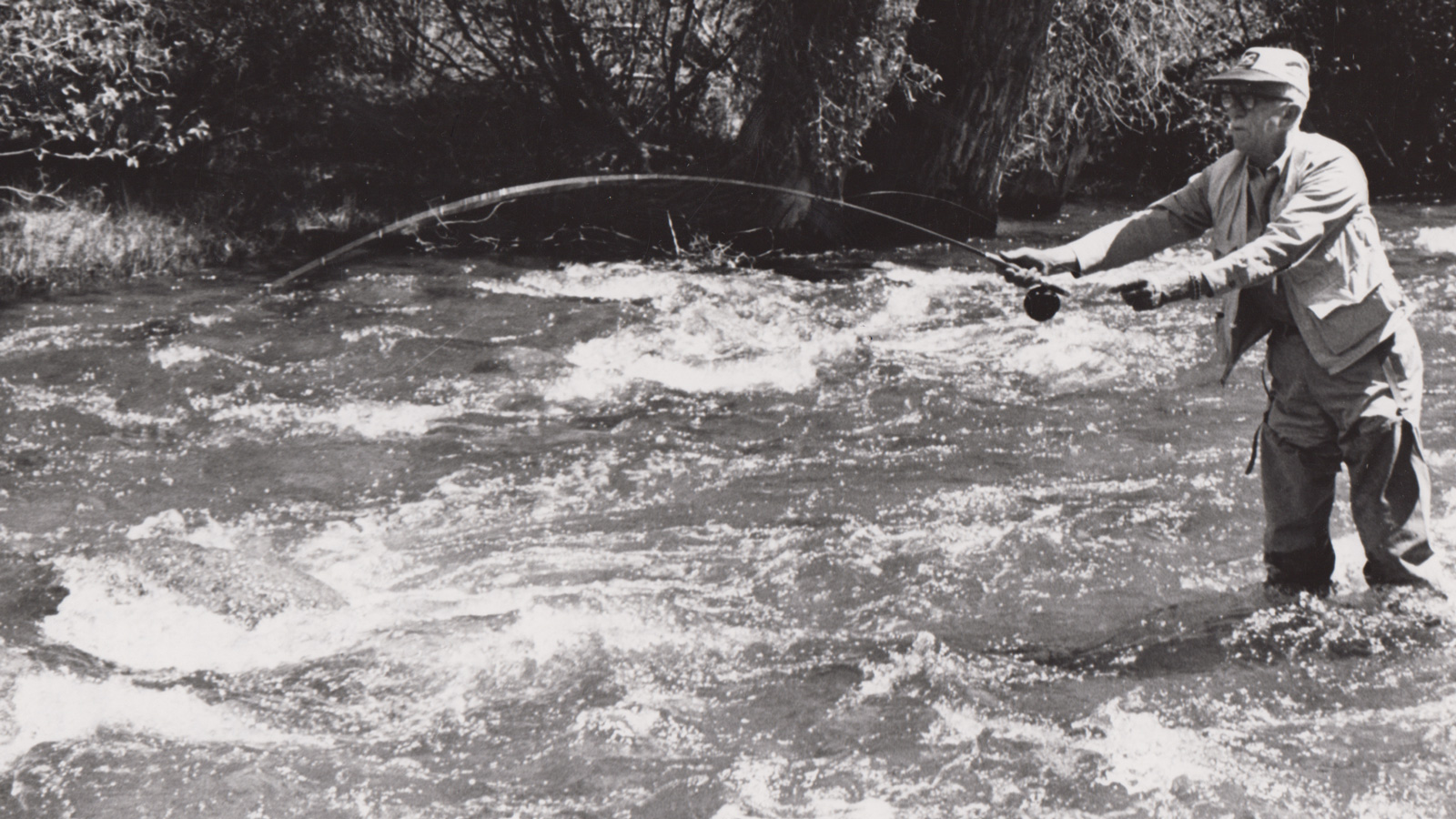 Nearly 400 miles northeast of Seattle, in the Central Coast region of British Columbia, lies an area now known as the Great Bear Rainforest. Described as a global treasure and place of rare beauty that is home to First Nations people, the region covers 6.4 million hectares and offers a stunning combination of verdant forests, glacier-carved valleys and snow-capped mountains, rivers and streams flowing with salmon, and diverse wildlife.

For an avid outdoorsman like firm co-founder Ken McAfee, who loved to hunt and fish and who didn’t think twice about travelling thousands of miles to camp out at his favorite spots, this place — which encompasses the Bella Coola Valley and the Kwatna River — was like heaven on earth.

Mr. Mac’s love of the great outdoors is memorialized in two framed images displayed in the conference room that bears his name in McAfee & Taft’s Oklahoma City office. If you look very closely at his official portrait, you’ll notice that his right cufflink is actually a fishing fly. Next to that oil painting is a framed tribute to Mr. Mac that contains a color photo of him fishing for silver salmon on the Kwatna River, an eagle feather in his hat.

The Kwatna River and Bella Cooley Valley areas of western Canada were also favorite hunting grounds for Mr. Mac back in the day. On the back of the color photo of Mr. Mac fishing on the river (circa late 1950s), he inscribed — in his own humorous way — the following:

“It was in the Kwatna area of Bella Coola I shot a grizzly and a black bear. A rug made of the grizzly was shipped to me in Oklahoma City, and I unwrapped it at my office. When I got to the elevator to take it home, a pretty young lady asked me where I got it. I replied, ‘I shot it right in the Kwatna.’ And I believe she had doubts about whether I meant where the bullet hit the bear or where the bear was when I shot it.” 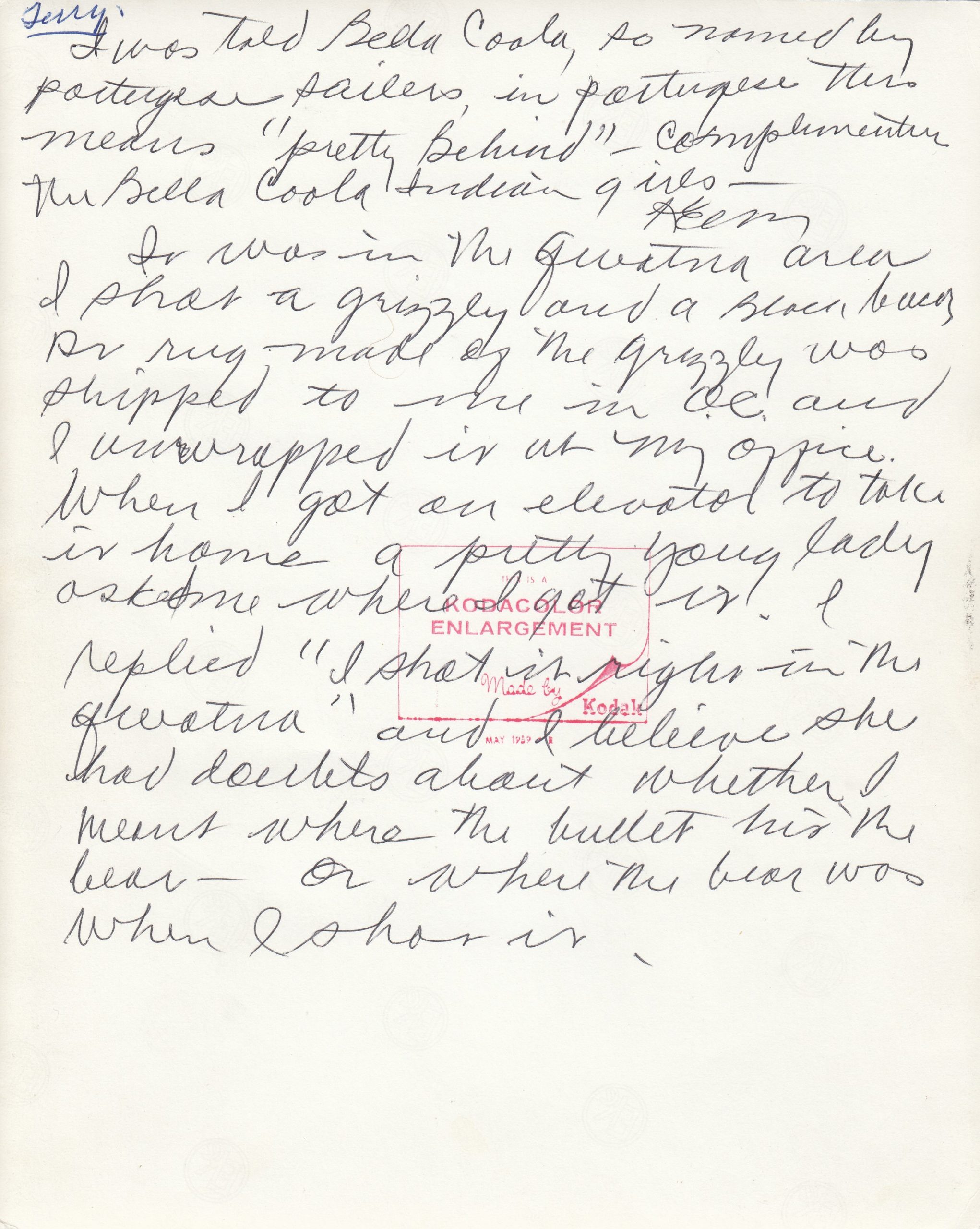 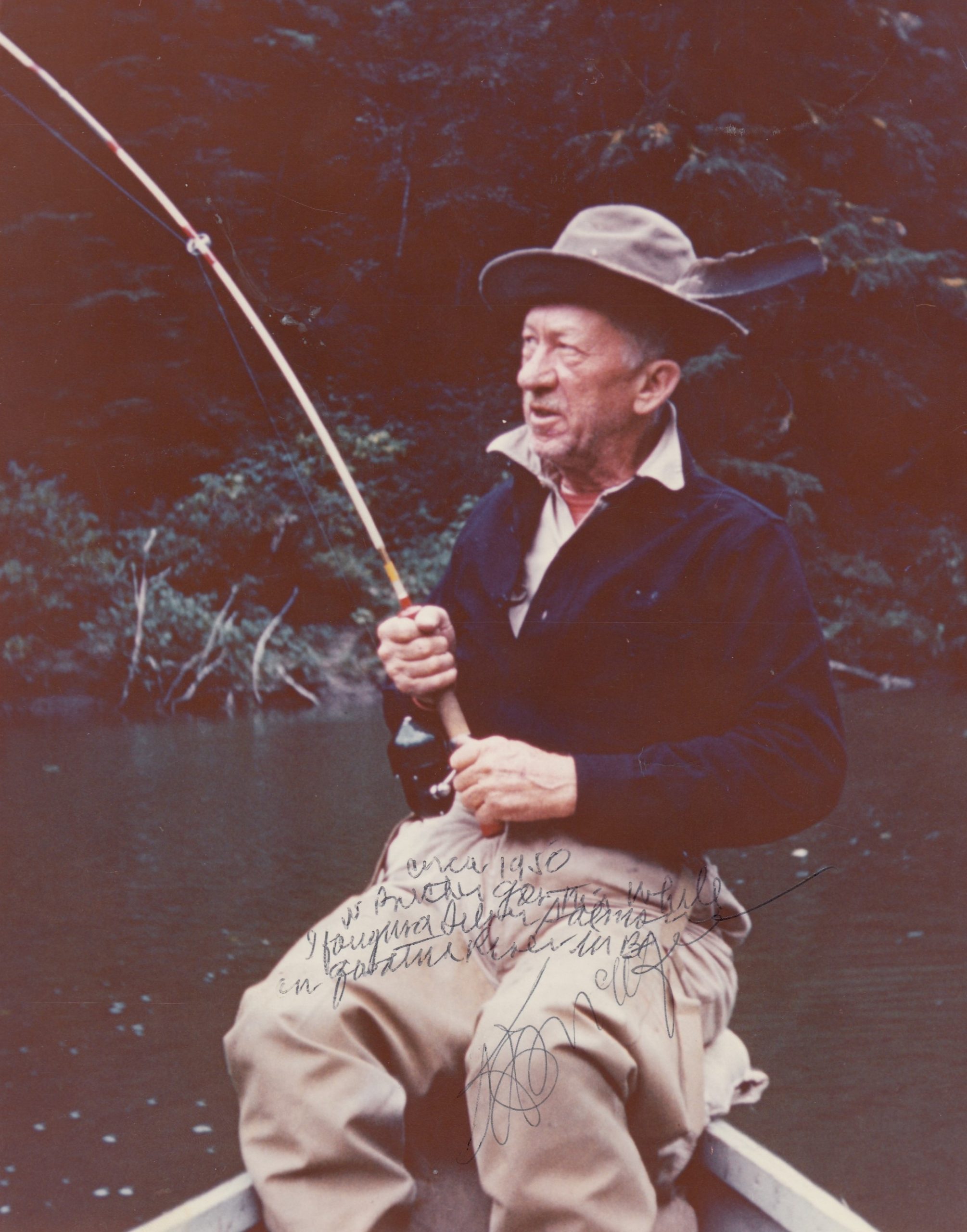