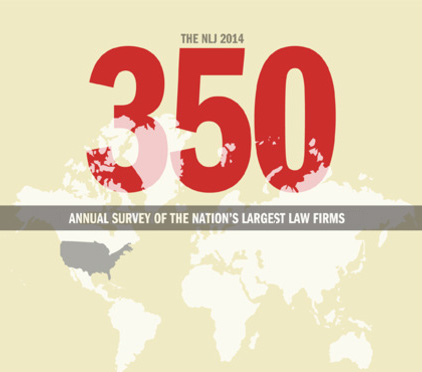 Oklahoma’s largest law firm is also among the nation’s biggest, according to the recently released annual survey by The National Law Journal. McAfee & Taft is listed at No. 217 in this year’s NLJ 350, moving up five spots from last year.

McAfee & Taft broke its way into the NLJ 250 two years ago after more than a decade of steady growth, with the greatest increases coming in the past six years following the opening of its Tulsa office in 2008. Since then, the firm has grown from 131 lawyers to the 182 lawyers counted in this year’s NLJ 350 survey.

The National Law Journal‘s most recent survey showed the biggest headcount gains for lawyers at the nation’s 350 largest firms since 2009, the year firms slashed their ranks in response to the recession. Collectively, the NLJ 350 grew by 3.9 percent during 2013.

“The increase in 2013 represented a healthy improvement from the 1.1 percent uptick in 2012 and indicates that firms, overall, are at the point between surviving and thriving,” said NLJ 350 editor Leigh Jones.