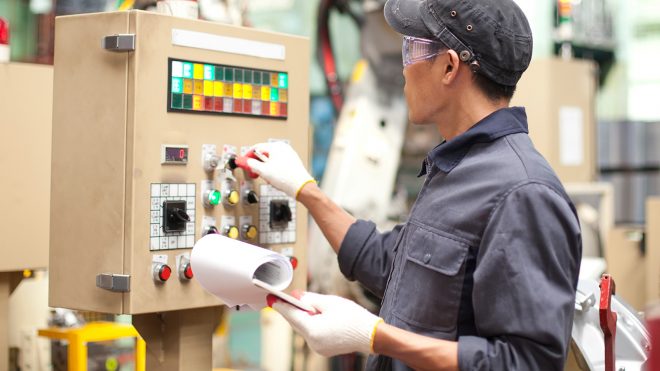 Marijuana, the job and the injury

At 11:00 pm on the evening of April 4, 2017, Dillon Rose smoked marijuana before turning in for the night.  Rose worked as a machine operator with Berry Plastics, and his shift began at 7:00 am the following morning.  At 6:00 am, Rose left his home and drove 45 minutes to the plant. He attended a safety meeting and met with his supervisor.  Rose operated his machine for two hours before taking his morning break. While on break, Rose ate, smoked a cigarette, and talked with co-workers and another supervisor.

After his break, Rose noticed another employee was having problems with a guillotine machine. A piece of plastic was jammed, and the co-worker could not close the machine’s latch. In an attempt to clear the jam, Rose placed his hand into the guillotine machine and tried to remove the jammed piece of plastic. At the same time the co-worker pushed the machine’s operating button, and Rose’s left arm was crushed.

Berry Plastic’s policy prohibited employees from working while impaired. When a post-accident drug test was administered at the emergency room where he received treatment for his injury, Rose tested positive for marijuana. According to Rose, it had been 10 hours since he had smoked marijuana.

Rose filed a claim seeking workers’ compensation benefits for the injury to his left arm.

Oklahoma’s Workers’ Compensation law provides that a “compensable injury” does not include:

Based on this statute and its policy that employees were not permitted to work while impaired, Berry Plastics denied Rose’s workers’ comp claim. An administrative law judge initially granted his claim, but the Workers’ Compensation Commission later reversed that decision.  Ultimately, the Oklahoma Court of Civil Appeals decided just last week that Rose was entitled to workers’ compensation benefits – here’s why:

The court found Rose had overcome the presumption that his injury was caused by his marijuana use because:

What does this mean for Oklahoma employers?

In the wake of Oklahoma’s new medical marijuana laws, employers have the absolute right to prohibit using, possessing or being under the influence of marijuana while working. And this prohibition even applies to employees who have valid Oklahoma medical marijuana licenses. Don’t count on a positive post-accident test for marijuana to automatically disqualify the injured employee from receiving workers’ compensation benefits. If you believe the employee is not entitled to benefits, be prepared to demonstrate that their marijuana use affected or impaired the employee and ultimately played a role in the accident.