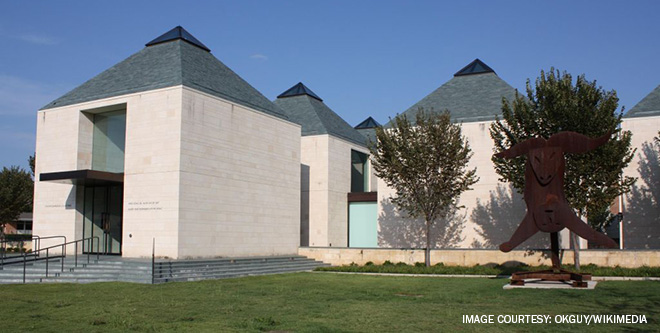 McAfee & Taft was pleased to serve as Oklahoma counsel alongside Nixon Peabody’s Arts and Cultural Institutions team in assisting the University of Oklahoma and OU Foundation in reaching a mutual agreement with the Léone Meyer family for the return of Camille Pissarro’s “Shepherdess Bringing in the Sheep.” 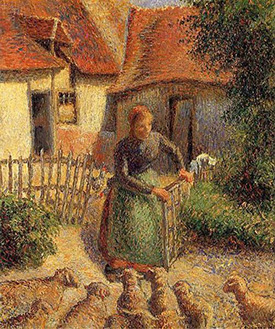 The late 19th century painting was originally owned by the Meyer family as part of an extensive art collection before it was stolen by the Nazis during the German occupation of France during World War II. It later resurfaced and exchanged hands several times before it was acquired in good faith by the Weitzenhoffer family, who later donated it as part of a collection to the OU Foundation in 2000. Since that time, the painting has been on display at the Fred Jones Jr. Museum of Art.

“Decisions made on behalf of the university throughout this detailed process have maintained great sensitivity to the history behind the painting as well as the families involved,” said University of Oklahoma president David Boren. “We are particularly glad that both fine families involved in the case are being appropriately recognized, the Meyers who tragically lost the painting to Nazi theft and the Weitzenhoffer family who bought the painting in good faith and generously sought to share it with the people of Oklahoma.”

To achieve the mutual resolution, the agreement transfers the painting’s title to Ms. Meyer, with Ms. Meyer lending the painting to a French public institution that will share public display with The University of Oklahoma. The painting is scheduled to be displayed at the renowned Parisian art museum Musee D’Orsay for the next five years. Thereafter, the painting will stay on permanent public display rotating every three years between the Fred Jones Jr. Museum of Art and a French institution and will be available for educational purposes. A label will accompany the painting’s display and publication setting forth its provenance as currently known and its history.