Is being sick of it all sick enough? Court says burnout not a serious health condition under the FMLA 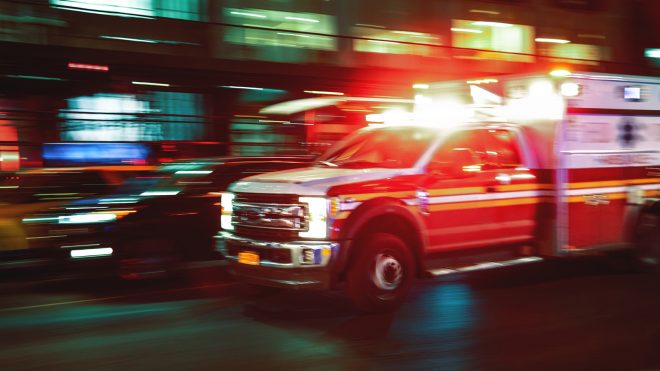 In this COVID world that makes one wonder if the apocalypse is upon us, mental health is a serious issue. Around the world, normal stressors such as work, finances, education and childcare have been exacerbated by health concerns, exhaustion, isolation and alienation. For essential workers, particularly medical workers on the COVID frontlines, burnout is a reality.

Most people and courts can agree certain conditions qualify as a “serious health condition” under the Family and Medical Leave Act, such as cancer, diabetes, post-traumatic stress disorder, and COVID itself. But what about mental and physical fatigue essential workers experience from treating patients with those and other conditions? What about Dr. Fauci, who apparently never sleeps? What about the grocery clerk who works seven full days a week? What about your employee who says they are seriously burned out?

One Alabama federal trial court recently answered this question in the negative. The court held that a firefighter-paramedic’s burnout or chronic fatigue did not constitute a serious health condition as defined by the FMLA. Kyle Blake sued his employer, the City of Montgomery, for FMLA interference and retaliation after the City accepted his statements that he “couldn’t do it anymore” and “would turn in his stuff if he needed to” as a voluntary resignation of his employment.

On the day Blake resigned, prior to finishing his scheduled 24-hour shift, Blake’s supervisor informed him he had to work the next 24-hour shift. That’s when Blake told his supervisor he could not continue. Blake secured a substitute to work his shift before leaving work. Blake’s supervisor summarized Blake’s resignation in a memorandum, stating he did not believe the paramedic’s resignation was permanent because Blake had been “severely burned out lately” and noted Blake would be moved to a less strenuous position upon his return to work. Blake called his supervisor later that day, and his supervisor acknowledged that he knew Blake had “gotten burned out that bad” but assured him he was “not past the point of no return.” Blake did not rescind his resignation and commented he needed to speak with his wife. While Blake used the term “burnout” with his supervisor, he never claimed he suffered from any mental health or medical issue. When Blake spoke with the assistant fire chief, he was told his verbal resignation had been accepted and that he should turn in his gear. Blake did not dispute the City’s acceptance of his resignation.

Despite the City accepting his resignation, Blake reported to work for his next shift. He believed a “failure to report would guarantee his ‘termination/resignation’” and did not want to foreclose working for the City. When Blake reported for duty, he was asked to leave the property.

Blake sued the City of Montgomery contending his “burn out or chronic fatigue” constituted a serious health condition under the FMLA. Having never requested FMLA leave for burnout or chronic fatigue, Blake argued “the City should have known” he was entitled to FMLA leave. He reasoned the City had “sufficient notice of the detrimental effect of 48-hour shifts” and should have investigated whether he was eligible for FMLA leave. The court, however, held Blake failed to show he had a “serious health condition” that made him “unable to perform the functions of [his] position.” Quoting from the applicable regulation, the court explained an employee must be “incapacitated, meaning unable to work, for more than three consecutive, full calendar days” and under the care of a health care provider “on at least one occasion, which results in a regimen of continuing treatment under the supervision of the health care provider.”

Breaking down the court’s opinion

Blake failed to present any evidence he had been diagnosed with an FMLA-qualifying illness or condition or that he discussed a medical condition with the City. The court found Blake’s statement that he began seeing an unnamed “licensed counselor” after the date he tendered resignation was far from sufficient to establish he had a serious health condition or one of which the City knew. A visit to his doctor might have assisted Blake’s position.

The FMLA does not require an employee be diagnosed with a serious health condition before becoming eligible for FMLA leave. However, Blake never presented any evidence that he had been diagnosed with such a condition—either before or after his resignation. The court stated unequivocally, “[j]ob burnout and job fatigue do not constitute FMLA-qualifying medical conditions, especially when they are unaccompanied by any medical evidence, as is the case here.” Indeed, other courts have similarly rejected employees’ arguments by employees that they suffered from an FMLA qualifying serious health condition, when they merely complained they were “sick,” burned out,” “seeking counseling from stress,” “tired,” “lethargic,” and needed some time to “recuperate.”

The court explained the burden of determining whether a request for leave is FMLA-qualifying rests with the employer, but cautioned the FMLA “is not intended to constitute a trap for employers who fail to divine unspoken (and even unthought) requests for [FMLA] leave,” nor does it “require employers to engage in ‘intrusive inquiries.’” The court sums up an employee’s obligation in reporting a need for leave as follows: “[T]he critical question is whether the information imparted to the employer is sufficient to reasonably apprise it of the employee’s request to take time off for a serious health condition.” In Blake’s case, he never requested leave—he resigned. Moreover, Blake’s generic statements that he “couldn’t do it anymore,” that he would “turn [his] stuff in,” and that he needed to speak with his wife “do not rise to a level sufficient to give the City notice he was experiencing a serious medical condition, let alone a qualifying medical condition, of any sort for which he wanted, needed or should be given FMLA leave.”

The Blake case should give employers comfort that work stress, fatigue, and burnout – without adequate medical support — won’t automatically qualify every employee for FMLA leave. To the contrary, a serious health condition requires evidence of an underlying or resulting qualifying medical condition.