Is the internet neutral and does it really matter? 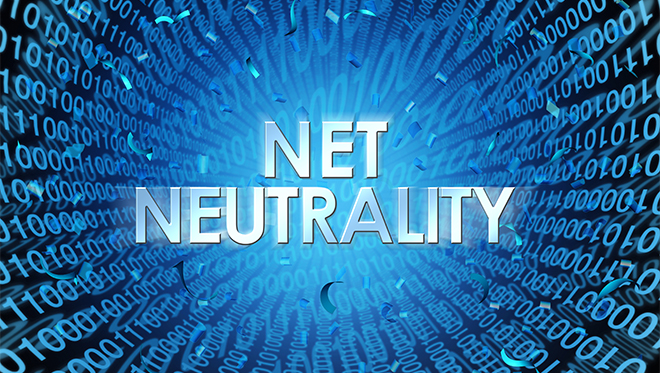 On April 13, 2015, the Federal Communications Commission (FCC) placed new regulatory rules on internet service providers (ISPs) that were intended to ban paid prioritization of internet users, content and services. Last month, the FCC reversed that ruling, leading to heated political and legal debate. Although it will take weeks for the repeal to go into effect, numerous legislators on Capitol Hill have called for a bill that would reestablish the 2015 rules, and several state attorneys general have said they intend to file litigation to stop the change.

All of this begs the question: What is net neutrality and why all the fuss?

Net neutrality is the principle that ISPs (such as AT&T, Comcast, Verizon and Cox Communications) must treat data on the internet the same, prohibiting these companies from establishing business practices that would intentionally speed up, slow down, or block websites or content or establish differing costs or speeds for specific websites or content.

Net neutrality is the way that the internet has always worked. User data is relayed throughout the internet in the form of standardized information packets without regard for the content, the sender of the content, or the receiver of the content. This is and has been a central premise to internet architecture in the United States, and many believe this non-discriminatory approach is what has made the internet successful.

Supporters of the 2015 FCC rules say they are important to maintain net neutrality and that the FCC’s recent reversal will enable ISPs to demand extra fees for specific content or speeds in an attempt to gain a competitive advantage. Proponents of the 2017 reversal argue this was not an issue before 2015 and will not be an issue in the future. According to Ajit Pai, the recently appointed FCC chairman, “The internet wasn’t broken in 2015. We weren’t living in a digital dystopia. To the contrary, the internet is perhaps the one thing in American society we can all agree has been a stunning success.”

So why reverse the 2015 rules if they had no effect on internet users? Opponents of the FCC’s regulations say it unnecessarily stifled broadband investment in a way that would be negatively felt across numerous other sectors of the economy. In a letter to the FCC, 60 of the largest ISP companies and technology suppliers argued that this strain “is not idle speculation or fear mongering” and that regulation “[would] lead to a slowdown, if not a hold, in broadband build out, because if you don’t know that you can recover on your investment, you won’t make it.” Some network providers also argue that current bandwidth and infrastructure resources are congested and require network management practices that fuel the ongoing debate as to whether such practices constitute fair treatment of internet users and data.

What does all of this mean to you? Many ISPs have already promised that consumers will not see a change to how they deliver the internet and that it will only lead to broadband investment and increased internet speeds. Net neutrality proponents argue that significant changes will come over time and that ISPs will partner with or acquire other online companies and prevent use of, charge more for, or slow down competing providers. This could have a significant impact on businesses seeking to reach their customers through the web or for those who depend on the internet for their day-to-day functioning.

One thing is for certain: little change will be noticed in the immediate future. The instability of the current legal and political debate is likely to prevent any change by ISPs from how users experience the web. Only time will tell whether the United States will enjoy faster internet impartiality or suffer from biased browsing.