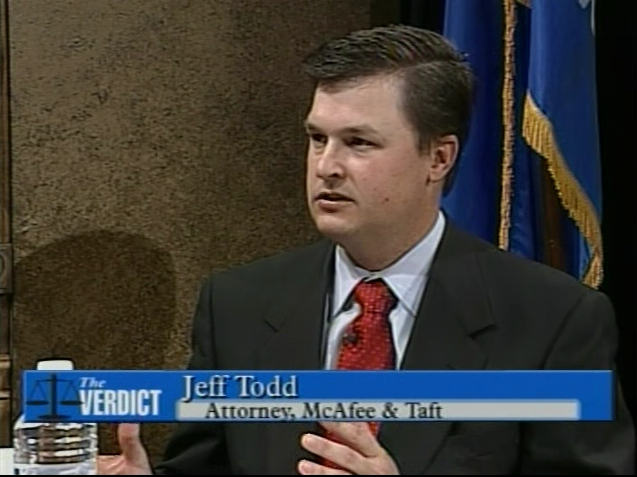 The show, entitled “When It Rains, It Pours”, examined Oklahoma’s current water supply and needs, the state’s forecasted supplies and needs in the future, water distribution and storage challenges, municipal and industry concerns, and the current lawsuit between Texas and Oklahoma over water resources.

The Verdict can be seen on Cox Communications Channel 7 in Oklahoma City and Channel 3 in Tulsa on Sundays at 9am, Tuesdays at 10am, and Wednesdays at 10am. The show is hosted by Kent Meyers and Mick Cornett.