Corporate and real estate attorney Jim Sharrock was honored with The Journal Record‘s Leadership in Law award at the Oklahoma County Bar Association’s Law Day Luncheon held at the Skirvin Hilton Hotel in downtown Oklahoma City on Friday, May 1.

This is the second time Sharrock has been a recipient of the award that recognizes lawyers for their professional and civic contributions to the state. He first won the award in 2008. 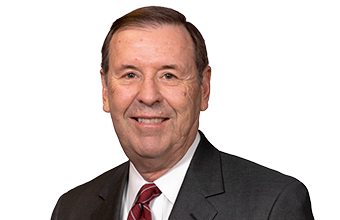