McAfee & Taft attorneys John Kenney and Richard Riggs were honored during the General Assembly of the Oklahoma Bar Association on November 19, 2010.

Kenney was presented the William G. Paul Oklahoma Justice Award by Legal Aid Services of Oklahoma for his long-time service as co-chair of the Oklahoma City team for the Campaign for Justice. The campaign raises funds to allow Legal Aid Services of Oklahoma to serve more elderly Oklahomans and more of the state’s growing poverty population in the critical areas of family law (including domestic violence), housing and homelessness prevention, consumer law, and healthcare.

A McAfee & Taft shareholder, Kenney serves as leader of the firm’s litigation practice group. His practice involves litigation of complex business cases, including those involving patent disputes and other technical and scientific issues.

Riggs received the Oklahoma Bar Foundation’s Roger R. Scott Memorial Award, presented to individuals “who best exemplify Roger Scott’s unqualified dedication to the Oklahoma Bar Foundation and the good work it does in the name of Oklahoma lawyers,” including the foundation’s charitable law-related programs and services throughout the state. Riggs was also honored with the Distinguished Service Award in recognition of his contributions to the foundation while serving as a member of the Board of Trustees from 2002 through 2010.

Riggs is a McAfee & Taft shareholder and serves a co-leader of the firm’s Renewable and Sustainable Energy Industry Group. His practice is concentrated on real estate and other commercial transactions. 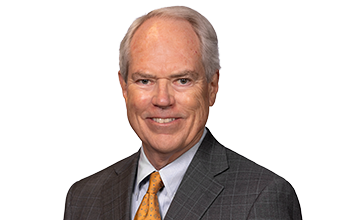