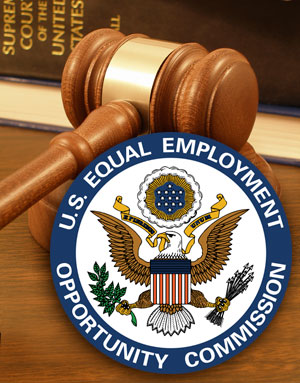 One of the Equal Employment Opportunity Commission’s stated 2015 priorities is applying Title VII’s sex discrimination protection to lesbian, gay, bisexual and transgender individuals. This focus is illustrated by a recent case filed against Southeastern Oklahoma State University and the Regional University System of Oklahoma. Both defendants are agencies of the State of Oklahoma.

The case involves the employment of Dr. Rachel Tudor, a male-to-female English professor who worked for Southeastern in Durant, Oklahoma, as a tenure track assistant professor from 2004 to 2011. When Dr. Tudor began working for Southeastern in 2004, she presented as a man and went by a traditionally male name. In 2007, Dr. Tudor notified Southeastern that she planned to transition from male to female and begin to present as a woman at work. At that point, Dr. Tudor began wearing women’s clothing, styling her hair in a feminine manner, and going by the female name Rachel.

At Southeastern, tenure track assistant professors must obtain tenure before the end of their seventh year or their employment is terminated. In 2009, as Dr. Tudor was about to enter her sixth year as an assistant professor, she made preparations to apply for tenure and promotion to associate professor.

In late August 2009, Dr. Tudor met with the dean of the School of Arts and Sciences, who she claimed referred to her in this meeting as “he” and “him.” Dr. Tudor informed the dean she believed another faculty member in the department had been discriminating against her and requested that this faculty member not serve on the faculty committee that would review her portfolio for tenure consideration.

In October 2009, Dr. Tudor submitted her application for tenure and promotion. The Promotion and Tenure Review Committee met, reviewed her application, and recommended that she be promoted to the tenured position of associate professor.

In a January 2010 letter, the dean informed Dr. Tudor that she opposed Dr. Tudor’s application for promotion and tenure. The dean passed on her negative recommendation and Dr. Tudor’s portfolio to Southeastern’s vice president for academic affairs, who also opposed her application, again without explanation. The vice president forwarded both negative recommendations and Dr. Tudor’s portfolio to the president of the university. After the vice president refused to discuss with Dr. Tudor why he opposed her application, Dr. Tudor complained that he treated her differently than a similarly situated, non-transgender male English professor, who had met with him and discussed how he could strengthen his portfolio. In that case, the other professor supplemented his portfolio and ultimately received a promotion and tenure.

In February 2010, Dr. Tudor filed a grievance and requested a hearing before the Faculty Appellate Committee. The committee ruled in her favor and recommended that the vice president and dean explain to Dr. Tudor why they opposed her application. In April 2010, the president informed Dr. Tudor that he was denying her application for promotion and tenure. According to the EEOC and Dr. Tudor, this was the first time Southeastern had denied an English professor’s application for tenure and promotion after he or she had obtained a favorable tenure recommendation from the Promotion and Tenure Review Committee and the department chair.

In June 2010, Dr. Tudor received a letter from the vice president explaining that her application had been denied because her “research/scholarship” and “university service” was deficient. In August 2010, Dr. Tudor notified her department chair that she intended to re-apply for promotion and tenure during the 2010-2011 academic year, and filed a grievance disputing the denial of promotion and tenure.

In October 2010, Dr. Tudor was notified that she would not be allowed to re-apply for promotion and tenure “in the best interests of the university.” Dr. Tudor filed a grievance of this decision and was told that her portfolio was the poorest the vice president had ever reviewed and there was very little chance that she could have corrected the deficiencies since the initial application. Nevertheless, the Faculty Appellate Committee recommended that Southeastern permit Dr. Tudor to re-apply for promotion and tenure. Dr. Tudor did not, however, obtain tenure before the end of her seventh year as an assistant professor, and her employment was terminated.

In the lawsuit filed in Oklahoma City federal court, the Department of Justice claims that Dr. Tudor was the victim of sex discrimination because she did not conform to traditional gender stereotypes. The lawsuit also claims Southeastern retaliated against her because she opposed discrimination. The Department of Justice is asking the court to require the university to carry out new policies, practices and programs to prevent unlawful sex discrimination and retaliation, and to require training of Southeastern employees. The Department of Justice also seeks an order awarding Dr. Tudor the position of associate professor with tenure and damages to compensate her for her loss of income, loss of enjoyment of life, and damage to her professional reputation.

Obviously, the complaint’s allegations are those stated from the perspective of Dr. Tudor, and we do not yet have the benefit of any response by the defendants. This case reminds employers that the EEOC is keen to address emerging and developing societal issues that may interfere with the right to employment without regard to individual characteristics. The case filed against Southeast Oklahoma State University is the most recent example of the EEOC treating sexual stereotyping as a form of sex discrimination. As the EEOC currently interprets Title VII in the workplace, transgender individuals are no different than individuals having other protected characteristics, such as race and color.