Lawyers reflect on 50 years of changes

In an article titled “Lawyers reflect on 50 years of change,” veteran McAfee & Taft attorneys Philip Hart and Martin Stringer were interviewed by The Journal Record about how the legal profession has evolved over the past half century.

For Phil Hart, a distinguished oil and gas litigator, both the evolution of technology and the passage of the Civil Rights Act of 1964 have had significant, positive impacts on the legal community. He said diversity has greatly improved over the years, noting “In 1960, when I got out of law school, there was one woman in my law class, of 70 people who graduated,” he said. “And there weren’t many women lawyers in private law firms.”

For Martin Stringer, a prominent corporate attorney, he’s noticed that while the complexity of the law has increased over the past five decades, so has the quality of students entering and graduating from law schools.

“The kids who are applying today are doing better in their undergrad scores and their LSAT scores,” he said. 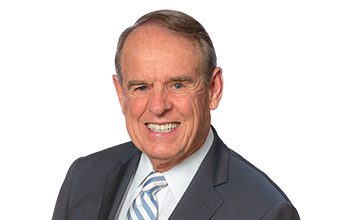