It has long been thought that the Equal Pay Act (EPA) does not apply if the male and female employees being compared for purposes of establishing pay disparities spend significant amounts of time on different job duties, even when some duties overlap. However, the Tenth Circuit recently held that if a female employee performs additional, meaning different, duties than a male comparator, that fact alone will not defeat her EPA claim.

Plaintiff Kathy Riser worked for QEP Energy as an administrative services representative II. Her job duties included managing a fleet of 250 vehicles plus a variety of facilities management duties. Later, she was assigned additional duties, including managing construction projects in several states. Her salary was $47,382.

Soon after, QEP Energy hired Jason Bryant as facilities manager. His salary was $66,000.

Riser, not surprisingly, sued. She alleged, among other things, that she was paid less than Bryant and Chinn for comparable duties in violation of the Equal Pay Act and Title VII. The district court granted summary judgment for QEP Energy because it found that the job duties of Riser, Chinn and Bryant were not suitably comparable. On appeal, the Tenth Circuit reversed summary judgment.

QEP Energy advanced two arguments. The first was that Riser could not show that her job was “substantially equal” to the jobs of Chinn or Bryant in terms of actual duties. The Tenth Circuit disagreed. It held that Chinn’s fleet administration duties were carved directly out of Riser’s duties, and that their core job functions were the same. Although Chinn performed other duties not performed by Riser, the evidence was that Riser had begun implementing those duties before Chinn was hired. 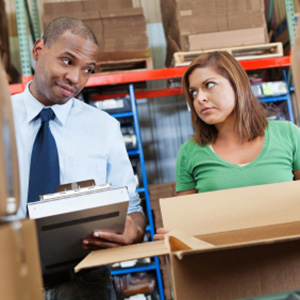 It has long been thought that the Equal Pay Act (EPA) does not apply if the male and female employees being compared for purposes of establishing pay disparities spend significant amounts of time on different job
duties, even when some duties overlap. However, the Tenth Circuit recently held that if a female employee performs additional, meaning different, duties than a male comparator, that fact alone will not defeat her EPA claim.

QEP Energy also argued that Chinn’s and Riser’s jobs were not substantially equal because Chinn spent all of his time performing fleet administration duties but Riser had spent only one-third of her time on those duties, while the remainder of her time was spent performing other management duties. QEP Energy then argued that the law holds that employees do not perform equal work for purposes of the EPA where significant amounts of time are spent on different tasks. The Tenth Circuit, though, distinguished that legal authority by holding that where the female employee performs more duties than the comparable male employee, it does not necessarily defeat an EPA claim. In other words, more does not necessarily equal different. The court found that Riser performed all of the fleet administration tasks that Chinn assumed, plus other duties. The court then pointedly held that just because Chinn spent all his time only on fleet administration, it didn’t necessarily mean he performed different work; instead, the court held that Riser may have simply been more efficient than Chinn at fleet management.

The court also held that Riser’s job could be found comparable to Bryant’s. Though there were obvious differences between their duties – Bryant supervised other employees, managed construction projects, did facilities management, and handled security duties – these tasks, the court determined, were either a continuation of Riser’s work or constituted an insignificant part of assigned duties.

QEP Energy also advanced an EPA affirmative defense of “factor other than sex” in the form of a gender-neutral pay classification system, meaning the pay disparity existed, but for reasons not related to gender. The court held that “Given the fact that Ms. Riser performed the bulk of the responsibilities performed by Mr. Chinn and Mr. Bryant combined, a reasonable trier of fact could certainly question how 31% and 39% pay gaps could be explained by ‘legitimate business-related differences in work responsibilities and qualifications for the particular positions at issue.’” BA DA BOOM.