The restaurant chain Ruby Tuesday, Inc. was hit with a discrimination lawsuit in Oregon earlier this year that claimed employees were categorically denied positions with the company based on gender.  That, of course, is not a unique occurrence—discrimination lawsuits are filed daily across the country.  What sets this case apart is that the suit was filed on behalf of men who claim they were denied opportunities.

The lawsuit was filed by the Equal Employment Opportunity Commission (EEOC) on behalf of two employees, Andrew Herrera and Joshua Bell, and also as a class action on behalf of other male employees who were discriminated against because of their status as males.  The EEOC contended that the eatery “categorically deprived male employees of the opportunity to apply” for temporary server and bartender positions at its Park City, Utah, location. 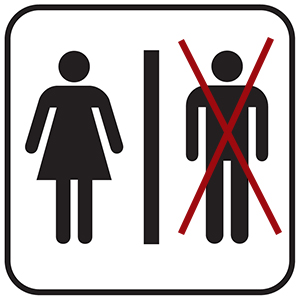 The EEOC alleged that in 2013, Ruby Tuesday published internal advertisements for temporary reassignment that stated only female employees would be considered.  Indeed, only females were selected for the summer assignment, which included housing paid by the company, in the popular Utah ski resort town.

Although Ruby Tuesday did not file an answer before the case was resolved, it appears that its basis for making the females-only job posting was related to housing.  Because the restaurant provided housing with the temporary gig, it had concerns about allowing men and women to share accommodations.  The EEOC took the position that even if such fears were justified, separate housing could have been provided.

Just last month, the parties entered into a settlement requiring Ruby Tuesday to pony up $100,000 to Herrera, Bell and the other class members.  The settlement also requires the restaurant chain to provide EEO training to its employees, managers and supervisors at all of its facilities in nine states once per year for the next three years.  Further, the settlement provides that Ruby Tuesday must make mandatory reports to the EEOC and post notices in all of its restaurants in the nine states and present it to each of its employees.

A cautionary tale for employers

Employers need to remember that Title VII protects all employees against discrimination based on gender, not just female employees.  It is true that courts have established a higher burden of proof applicable to members of groups (like males) who have historically been treated better than other classes of employees.  However, when there is direct evidence of discrimination (like here, where the job posting expressly excluded males), there is not an easy way out for an employer.

If the job announcement had said that the company would only consider men for the post, it more than likely would have never been posted publicly.  After all, that is brazen discrimination.  Perhaps the company’s guard was let down because the announcement preferred females over males.  That too, is against the law, and it ended up costing the company.