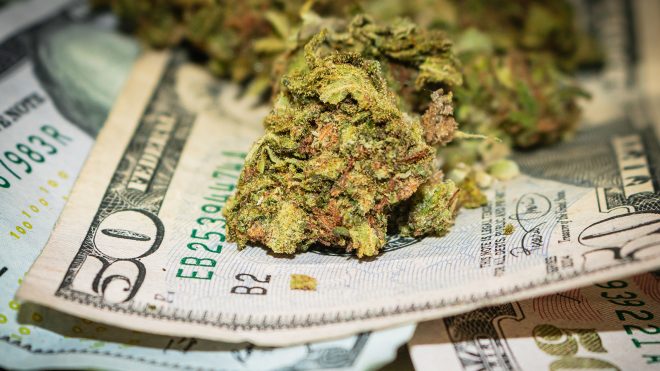 While the vast majority of U.S. banks and credit unions have opted not to offer banking services to marijuana-related businesses (MRBs) due to the significant legal and financial risks involved, one credit union in Massachusetts is taking the plunge. Last Friday, The Boston Globe reported that GFA Federal Credit Union has established a new subsidiary that will soon begin banking marijuana- related businesses, offering basic services such as deposit accounts, wire transfers, and bill payments.

GFA Federal Credit Union’s current field of membership is comprised of residents and workers in particular cities and counties in Massachusetts and New Hampshire. Consequently, it cannot take as members marijuana operations outside of those areas.

In an effort to minimize its risks, the credit union’s new subsidiary is contracting with Colorado-based Safe Harbor Private Banking to assist them in vetting potential new clients and complying with strict federal rules governing the handling of marijuana funds. The National Credit Union Administration Credit Union Service Organization Registry shows Safe Harbor as a trade name of Eagle Legacy Services, LLC, a CUSO of Partner Colorado Credit Union. Safe Harbor banks marijuana businesses and advertises assistance to other institutions who want to do the same.

As previously existing credit unions, both GFA and Safe Harbor already had access to the payments system. That avoided the difficulties encountered by Colorado-based The Fourth Corner Credit Union, which was informed earlier this year that it could not commence business until it had share insurance from the NCUA. The NCUA would not provide Fourth Corner with share insurance unless the Federal Reserve Bank of Kansas City would establish a master account (necessary to participate in funds clearing) for Fourth Corner. The FRB Kansas City, in turn, would not establish a master account unless Fourth Corner agreed not to bank “Marijuana-Related Businesses.” It agreed to those limitations. As a result, Fourth Corner will service ancillary businesses, but not those dealing with the actual product.

What next for credit unions?

It appears that credit unions wanting to service the marijuana industry would be restricted to those within its field of membership. However, the NCUA could expand the geographic field of membership. It also seems unlikely that, at this stage, the NCUA would grant an application to bank marijuana businesses as a “common bond based on employment in a trade, industry, or profession” as long as the sale of marijuana is a federal crime. But, apparently, the NCUA is not going to interfere with credit unions banking marijuana businesses as long as they comply with the FinCEN guidance on marijuana-related suspicious activity reports.

Most banks and credit unions that do have marijuana-related businesses as customers do so quietly and under an agreement not to publicly disclose the activity. It is unclear how this high-profile announcement will affect other institutions and their decisions about banking MRBs.