In his new role, Boyer administers and coordinates the firm’s records maintenance and retention systems to satisfy business, operational, and regulatory requirements. His responsibilities include overseeing the effective management, tracking and safeguarding of recorded information and client files that are generated, received, organized, accessed and retained by the firm, as well as the timely disposal of records in accordance with the firm’s Records Retention Policy. He also directs the firm’s paper-to-digital conversion initiative.

Prior to joining McAfee & Taft, Boyer served as a records management specialist for one of the nation’s leading independent oil and gas exploration and production companies for more than 13 years, where he was responsible for managing and maintaining an 80,000-square-foot records facility.

He holds a bachelor’s degree in general studies from the University of Central Oklahoma and began his professional career serving as an administrative assistant for a large Oklahoma-based law firm for nine years. 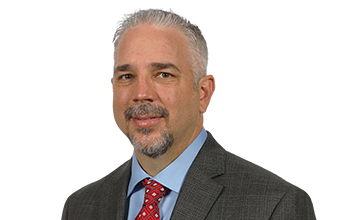