The shareholders of McAfee & Taft, Oklahoma’s largest law firm, have elected Richard D. Craig, Michael J. LaBrie and Scott D. McCreary as the newest members of its board of directors. They join Robert Garbrecht, Stephen Hetrick and Michael Joseph – all of whom were re-elected for another one-year term – as well as managing director Richard Nix on the seven-member board.

Richard Craig is tax attorney whose practice encompasses wealth transfer tax planning; corporate, individual and partnership taxation; tax and corporate aspects of business transactions; and the litigation of tax matters in both state and federal courts. In addition to being a frequent speaker and panelist on tax and related topics, Richard is an elected member of the American Law Institute.

His achievements have earned him inclusion in The Best Lawyers in America, Chambers USA Guide to America’s Leading Lawyers for Business and Oklahoma Super Lawyers. He was selected by Best Lawyers as the “Oklahoma City Trusts and Estates Lawyer of the Year” for 2012 and “Oklahoma City Tax Litigation and Controversy Lawyer of the Year” for 2015, an honor only given to a single lawyer in each legal specialty in each community.

Scott McCreary is an aviation attorney who represents local, national and international clients in connection with matters involving the buying, selling, leasing and financing of aircraft.  His practice is primarily focused on matters relating to the Cape Town Convention, the Federal Aviation Act and the FAA Aircraft Registry, such as aircraft title, registration, finance and leasing law, as well as regulatory issues relating to the operation of aircraft. He has served as leader of the firm’s Aviation Group, one of the largest and most experienced FAA aircraft title and financing legal teams in the United States.

He is a frequent speaker at national and international aviation conferences. His achievements in the area of aviation law have earned him inclusion in The Best Lawyers in America and The International Who’s Who of Aviation Lawyers.

McAfee & Taft is one of the nation’s 250 largest law firms as ranked by the National Law Journal and serves clients locally, nationally and internationally in the areas of aviation, business law, corporate and securities, employee benefits, entertainment law, environmental law, healthcare, intellectual property, labor and employment, litigation, oil and gas, real estate and tax and family wealth. The firm employs nearly 350 Oklahomans, including 180 attorneys, and has offices in both Oklahoma City and Tulsa. 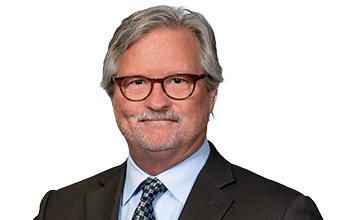 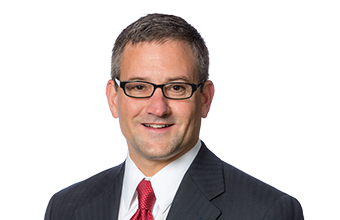