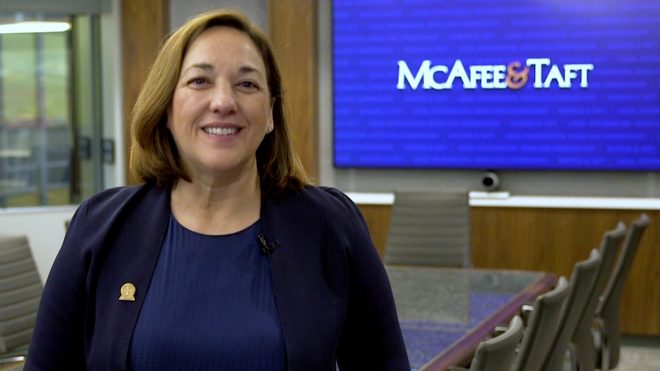 One source for the guide noted the firm’s expertise in handling sophisticated estate planning matters, while others described Shields as “a true leader in the state” and “an expert on planning who is so highly thought of” and “thoughtful and conscientious.”

For more than 30 years, Shields has concentrated her practice in the areas of tax and family wealth law, focusing on wealth transfer tax planning for high net worth families and individuals, business planning for closely held family businesses, and estate and trust administration. She is an elected Fellow of the prestigious American College of Trust and Estate Counsel and past president of the Oklahoma Bar Association. Her legal achievements have also earned her perennial inclusion in The Best Lawyers in America and Oklahoma Super Lawyers, where she has been named to its exclusive list of “Top 10 Lawyers.”

Published by Chambers & Partners, the Chambers HNW guide focuses on the international private wealth market. Rankings are the result of independent research in which hundreds of interviews were conducted of lawyers, family offices, accountants, tax advisers, bankers, investment managers, and other professionals about the private wealth industry. This is the fourth year that Chambers HNW has ranked Oklahoma professionals.

McAfee & Taft has offices in Oklahoma City, Tulsa and Springfield and is one of the nation’s 250 largest law firms as ranked by the National Law Journal.