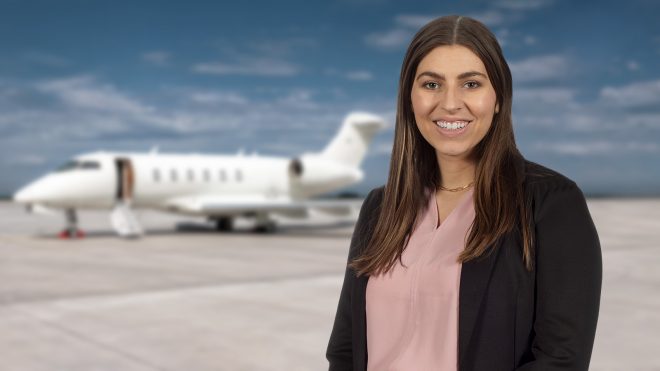 Landherr’s aircraft title practice centers on reviewing FAA records for aircraft, engines and propellers and advising local, national and international clients regarding title issues, liens and encumbrances of record at the FAA, and interest of record with the Cape Town Convention’s International Registry. She also reviews security agreements, leases, bills of sale, and other documents to ensure compliance with FAA regulations and procedures for the perfection
of ownership, security and lease interests.

With more than 170 attorneys, McAfee & Taft is one of the nation’s 250 largest law firms as ranked by the National Law Journal. Its Aviation Group ranks as one of the largest and most experienced FAA aviation groups in the United States and serves clients nationally and internationally.