Misconduct at off-site party may qualify as workplace harassment 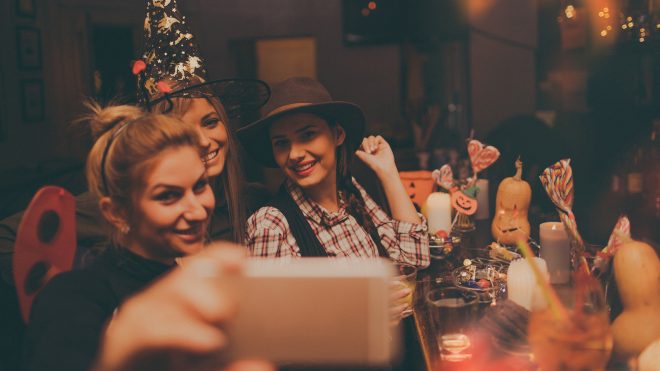 Is an employer liable for the misconduct of its employees at “after hours” gatherings?  When a trial court adopted a narrow view of what constituted “the workplace,” an appeals court weighed in using a “totality of the circumstances” test.

Kelly Phelps worked as a server at a state park restaurant in Tennessee. On October 17, 2017, she and other park employees were strongly encouraged to attend a state-sponsored “adults only” Halloween costume party at the state park restaurant where many of them worked. At the party, which was planned and thrown by Phelps’ two direct supervisors, employees were encouraged to drink, provided “buy-one-get-one-free” drink coupons, and sold homemade Jell-O shots.

After the Halloween party at the restaurant, several employees went to an after-party at the residence of building maintenance worker. It, too, was located on state property.  According to Phelps, it was at this party that Josh Walsh, who was the assistant park manager and “second in command,” grabbed her by the neck and thrust his body against her in a sexually suggestive manner.  She claimed this occurred not once, but twice, at the after-party.

Phelps and several others subsequently complained about Walsh’s behavior at the party.  The female park manager initially blamed the women and suggested that Walsh’s behavior was acceptable.  After learning that others had also been sexually assaulted, Phelps filed a written complaint with her employer.

Despite the written complaint, the park allowed Walsh to continue working around Phelps and the other women who had alleged harassment.  Co-employees confirmed Walsh continued to harass and threaten Phelps after her complaint of his conduct at the party.  He drove past her house, came to the restaurant to stare at her, and was in the parking lot when he knew she was leaving (she usually had a co-worker walk her to her car).  Additionally, Phelps and her co-workers who had complained were required to wait on Walsh when he ate in the restaurant.

Additionally, Phelps believed she was a target of retaliation for complaining about Walsh’s behavior. According to Phelps, she was scheduled for less-crowded shifts, which equated to less tips, and was given less-favorable assignments during her shift.  Additionally, although several women were scantily clad at the Halloween costume party, only Phelps received a written reprimand for “an inappropriate article of clothing.”

Phelps filed her lawsuit for sexual harassment, discrimination, and retaliation.

Courts weigh in on “after hours” liability

While the trial court found there was evidence to show that an intoxicated Walsh groped, molested, and made at least five women uncomfortable at the party – and that multiple state park employees filed written complaints of sexual harassment – the court ultimately dismissed Phelps’ lawsuit because the sexual assault did not happen “in the workplace.”  The court noted that the after-party took place at a private residence, attendance was voluntary, and the event was not connected to work.

Phelps appealed the dismissal of her claims, and her lawsuit against her employer was reinstated. Looking at the “totality of the circumstances,” the appeals court found the harassment at the after-party could be considered harassment at work.  The court considered the proximity in space and time to the workplace; the pressure for employees to attend; the fact that the majority of the people at each party were employees; the employer sponsored the initial party; the employer provided alcohol and encouraged employees to drink; the after-party was a continuation of the first party; and the employer may have known about prior inappropriate behavior by Walsh.

Note: Business dinners and trips where alcohol is served and a sexual assault occurs are more likely to be considered a “workplace” assault.  To strictly construe the concept of “workplace” would allow a harasser to choose a place to assault a co-worker without liability.  The precise location of the harassing conduct should not detract from the real focus: harassment that affects a victim’s work environment.