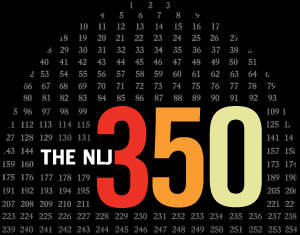 McAfee & Taft broke its way into the NLJ 250 last year after more than a decade of steady growth, with the greatest increases coming in the past five years following the opening of its Tulsa office in 2008. Since then, the firm has grown from 131 lawyers to the 178 lawyers counted in this year’s NLJ 350 survey.

The National Law Journal‘s survey showed that the NLJ 350 collectively employed 141,056 lawyers across 3,500 offices around the world, growing by 1.1 percent during 2012, which was weaker than the 1.7 percent growth in 2011. In fact, 40 percent of the ranked firms actually shrank in size, according to the report.

“This is the second year that we evaluated so many firms — for years, it was the NLJ 250 — and the difference in size between the firms at the top and bottom is striking,” said National Law Journal editor Leigh Jones. “We think expanding our analysis provides useful insight into an industry in which midsize law firms, with their lower rates and highly skilled attorneys, are absorbing practices that pay good money — just not enough to carry large-firm overhead.”