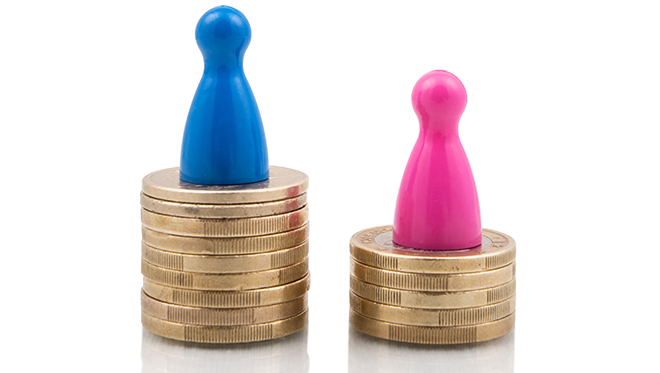 “Pay equity” is quickly becoming a term every employer must understand. Never in its 25-year history have the principles of the Equal Pay Act (EPA) received so much attention. Courts have been examining the meaning of pay equity under the EPA, and legislatures are expanding the reach of pay equity and limiting employer inquiries into salary histories.

A recent $45 million settlement in a class action EPA suit should make every employer take notice. In the case, 37,000 women in manager positions at Family Dollar stores claimed to be paid less than men in the same positions. The case began in 2008 when 49 female store managers sued the company. In addition to the monetary settlement, the business agreed to an audit of its pay practices and policies, to include formal validation of pay practices by industrial organizational psychologists and labor economists.

The EPA prohibits an employer from discriminating among employees on the basis of sex by paying wages to employees of one particular sex at rates less than those paid to employees of the opposite sex “for equal work on jobs the performance of which requires equal skill, effort and responsibility, and which are performed under similar working conditions” — hence, the saying, “equal pay for equal work.” The EPA includes only four defenses to a claim of unequal pay: (1) a seniority system; (2) a merit system; (3) a system that measures earnings by quantity or quality of product; or (4) a differential based on any factor other than sex. All are affirmative defenses on which the employer has the burden of proof.

The first three statutory defenses in the EPA are easily understood. If the pay gap is a product of a system of seniority or merit, or a system that measures earnings based on an employee’s production, then the pay difference does not violate the EPA. These three defenses can be established through easily obtainable objective data on length of service or performance. The fourth defense is a catch-all type defense for pay differences that Congress did not anticipate, but which are based on legitimate business reasons. But as a recent case illustrates, the catch-all defense is being more closely scrutinized by courts.

In Rizo v. Yovino, the Ninth Circuit ruled that prior salary history alone or in combination with other factors does not come within the catch-all defense to an EPA claim. In the case, the county at which the plaintiff worked set starting pay based on a pay scale that took into account prior salary. The county defended the case based on the catch-all defense, contending that the wage differentials were legal because they were based on other factors than sex. The Ninth Circuit held that the “factor other than sex” defense is limited to “job-related factors.” Further the court stated that prior salary is not “a legitimate measure of work experience, ability, performance, or any other job-related quality.” For the factor other than sex to be a job-related factor, the court explained it would have to involve a job candidate’s experience, educational background, ability or prior job performance.

The Ninth Circuit noted that wage disparities from prior work could lead to “endemic” sex-based wage disparities. The court found it “inconceivable” that Congress “would create an exception for basing new hires’ salaries on these very disparities — disparities that Congress declared are not only related to sex but caused by sex.” The language of the case would apply with equal logic to pay in promotions and job transfers.

The court did reserve for future consideration whether past salary might play a role in “individualized salary negotiation.” However, it could prove difficult for employers to justify a pay decision for an individual female employee that involves that employee’s lower pay history. This is especially true in the cities and states where bans on inquiries about applicants’ salary histories have been enacted. The idea behind such bans is that salary histories may result in continuing pay disparities for which female job applicants never recoup the difference.

In addition to the renewed attention to EPA claims in litigation, several states have passed laws making it easier for women employees to sue for gaps in pay with men. States across the nation from New Jersey to Washington are strengthening existing laws requiring equal pay for equal work.

Oklahoma has pending legislation in SB 1527 that would expand current law. The bill would make it illegal to discriminate “in any way” in “wages, benefits or other compensation” between female and male employees for work of “like or comparable character or work on like or comparable operations.” The Oklahoma bill would provide seven statutory defenses, including: seniority; a merit system; a system that measures earnings by quantity or quality of production or sales; the geographic location in which a job is performed; education, training or experience to the extent such factors are reasonably related to the particular job and consistent with business necessity; travel, if travel is a regular and necessary condition of a particular job; and a differential based on any factor other than sex. The bill also prohibits an employer from reducing the pay of any employee in order to comply with the proposed law. Further, the bill would protect employees who discuss pay by making it unlawful to discharge or discriminate against any employee who inquires about, discusses or discloses wages of the employee or another employee of the same company. The proposed law would apply only to employers with 100 or more employees.

These developments make it imperative that employers review their pay practices. This starts by revising interview and application questions to remove questions about an applicant’s pay history. Next, employers should review how raises are determined within their companies and consider formal pay scales and set increases. It is incumbent that an employer be able to explain and justify all pay disparities. Finally, employers may want to consider formal pay audits to uncover pay gaps that may not be apparent, including salary histories for women employees. There may be an explanation for such gaps, and the time to document such is before a charge or suit is filed.