New procedures available for invalidating patents before the USPTO 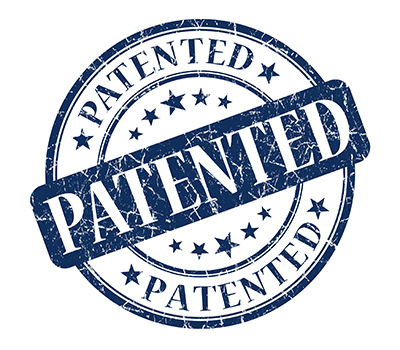 Business executives have long struggled with whether to defend a patent infringement suit in court, try to settle the dispute for less than the cost/risk of defending it, or seek to deal with the problem patent by requesting a reexamination proceeding at the United States Patent and Trademark Office (USPTO) to challenge the validity of the patent or certain claims thereof. The variables and risks associated with patent litigation can be extensive and difficult to analyze. Until recently, reexamination proceedings at the USPTO have been limited in terms of both the nature of the issues and evidence that the USPTO would consider and the ability of the patent challenger to participate in the proceedings.

Fortunately, with the enactment of the America Invents Act (AIA) over the past few years, more comprehensive proceedings are now available at the USPTO that allow a company to challenge the validity of a patent. The new AIA proceedings allow more issues and broader types of evidence to be developed and considered, and allow the patent challenger to fully participate in the proceedings. These new proceedings have significantly changed the patent litigation landscape.

The following types of USPTO proceedings for challenging the validity of a patent are now available: post-grant review (PGR) and inter partes review (IPR). Both PGR and IPR are trial proceedings conducted at the USPTO.

Post-grant review is available for invalidating an issued patent filed on or after March 16, 2013, on any ground of invalidity (i.e., novelty, obviousness, written description, enablement, indefiniteness, but not best mode). The PGR must be filed within nine months of the date the patent issued. In contrast, an inter partes review can be filed on any issued patent regardless of its filing date but only on grounds of lack of novelty and obviousness, and only on the basis of prior art consisting of patents or printed publications. From a business perspective, some primary distinctions worth considering between PGR, IPR and district court litigation are cost, predictability, and speed.

According to statistics published by American Intellectual Property Law Association, patent litigation through trial costs well in into the millions of dollars for cases involving substantial amounts in controversy. On the other hand, for the vast majority of cases, PGR and IPR proceedings that do not settle before a decision will generally cost two or three hundred thousand dollars or less.

U.S. patent litigation is often unpredictable and uncertain. The complexity of the issues in patent cases leads to unpredictable results. U.S. district court judges and juries typically do not have technical backgrounds and sometimes struggle to understand the complex technical issues involved in claim construction and patent litigation in general. In addition, the de novo standard of review, although recently changed in part, leads to a high rate of reversal by the U.S. Court of Appeals for the Federal Circuit.

On the other hand, post-grant review and inter partes review proceedings are adjudicated by administrative patent judges (APJs) at the USPTO who each have a technical degree in addition to a law degree. Many APJs also have decades of previous experience as patent attorneys or as examiners at the USPTO. Accordingly, as a whole, the USPTO is better suited to adjudicate cases involving issues of technical complexity and will provide more consistent and predictable results than the results achieved in district court.

According to the statistics published by the federal judiciary, the median time-to-trial in federal district court averages about 27 months. On the other hand, post-grant review and inter partes review proceedings are statutorily required to be complete within 12 months of institution, except that the time may be extended up to six months for good cause. Accordingly, PGR and IPR proceedings are about one and a half times faster than district court litigation.

Thus, when it comes to challenging the validity of a patent, post-grant review and inter partes review proceedings should prove to be cheaper, more predictable, and much faster than litigating in district court. Of course, there are a myriad of other strategic and tactical factors to consider which may dictate a particular case should be litigated entirely in district court. For example, the USPTO will not consider patent infringement. There may be some benefit in litigating both patent infringement and the validity of the patent in the same forum. Therefore, it is important to have the appropriate experts on your team to guide you through these important decisions.

Who pays for testing under vax-or-test mandate?