Union election petitions and quicker elections have been the immediate effect of the National Labor Relations Board’s new election rules which took effect on April 14, 2015.  The new rules were intended to speed up the election process through quicker deadlines and delaying some hearings on some issues until after the election.

According to the NLRB, a total of 212 petitions for election were filed with the NLRB from March 13 to April 13 of this year.  By contrast, 280 petitions were filed from April 14 to May 14 – a 32% increase.  The median time from petition to election for all representation elections held since April 14 was 23 days.  Prior to the new rules, the median time for getting to an election was 38 days after a representation petition was filed.

In the two weeks after May 14, an additional 104 petitions for representation were filed.  The upsurge in petitions indicates that labor unions were waiting for the new rules to become effective to file petitions against many employers. 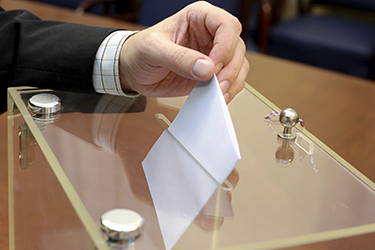 Having a quicker union election was a primary objection by employers to the new rules.  An employer that is unaware of union interest among employees until a representation petition is filed has a lot of ground to make up in the campaign.  Shortening the election period by 15 days on average provides unions with a significant advantage under the new election rules.

Unions have been ecstatic with the faster elections. In one case, per diem nurses at a Pennsylvania hospital filed a petition for union representation on May 20, and the election was held on June 9, giving the hospital only 20 days to campaign.

The new election rules have a number of significant changes for employers to understand, including:

The election rule changes dictate that employers consider ongoing efforts to educate employees about wages, benefits and other beneficial policies the employer already has in place – without any union’s involvement. Employers also must be diligent in responding to employee issues or complaints before a union organizer is talking to employees. Steps like this will put an employer in a better position to respond to a representation petition.

The two cases filed by employer groups to challenge the new rules have not been successful, although one of the cases is still pending.