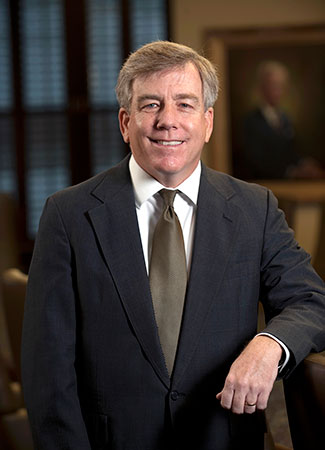 The board of directors of McAfee & Taft have elected Richard D. Nix to lead the state’s largest law firm for a third consecutive three-year term, a first in the firm’s history. Nix, an employee benefits attorney, first began serving as the firm’s managing director in 2007.

Under his leadership the past six years, the firm has experienced unparalleled growth. Notable highlights include the opening of a Tulsa office, the acquisition of nationally regarded boutique litigation firm, the expansion of the firm’s niche areas of expertise, and the addition of more than 50 lawyers. Last year, the firm made news when it became the first Oklahoma law firm to break into the National Law Journal‘s NLJ 250, its annual list of the nation’s largest law firms.

“The board’s decision to re-elect Richard for another three-year term reflects the firm’s full faith and confidence in both his abilities and vision,” said Rick Mullins, a member of the firm’s board of directors. “He is just as passionate about our clients’ success as he is the firm’s, and I think that’s what motivates him to be an exceptional leader.”

A native of Duncan, Oklahoma, Nix joined McAfee & Taft in 1985 upon graduation from the University of Oklahoma College of Law and later served as the leader of the firm’s Employee Benefits Group. He was elected to the firm’s board of directors in 2005 and served two years before taking the reins of McAfee & Taft as managing director.