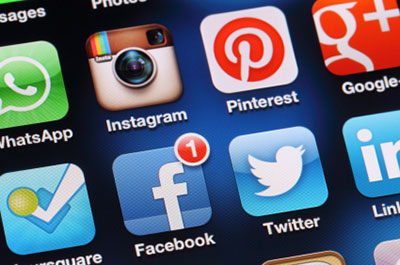 Over the past few years, we’ve warned our employer clients that discipline of employees for social media activity has become risky business. The National Labor Relations Board has taken the position that employee commentary on social media is very often “protected concerted activity” under the National Labor Relations Act even when the language used is inappropriate or unprofessional. In fact, the decisions approving of bad employee behavior are hardly surprising anymore. But a decision by the NLRB this week to uphold an ALJ decision has returned us to the arena of surprise – essentially demonstrating that the Board considers absolutely nothing off limits when it comes to employee criticism of their supervisors on social media.

Pier Sixty, LLC is a catering company. One of its employees took issue with the manner in which a manager was speaking to certain servers at a catering event. According to the employee, the manager said in a “loud voice” that the employees should “stop chitchatting” and in a “raised, harsh tone” told them to “spread out” and “move, move.” In response, the employee in question took to his Facebook account to criticize the manager. In a wholly disproportionate response, the employee publicly referred to his manager by name, calling him a “nasty m—-rf—er” and a “loser” and saying “f— his mother and his entire f—ing family.” But he ended the post by stating, “Vote YES for the UNION” in reference to a pending union election in the coming week. Unsurprisingly, the company fired the employee for his intensely personal and inappropriate behavior.

The employee filed an unfair labor practice charge, and the administrative law judge found in his favor. On appeal to the full Board, the NLRB agreed. Despite the obvious personal, vulgar and obscene nature of the employee’s comments, the Board inexplicably chose to characterize the post merely as “comments directed at [the manager’s] asserted mistreatment of employees, and seeking redress through the upcoming union election.” Therefore, according to the Board, under the “totality of the circumstances” those comments constituted protected, concerted activity and union activity.

Of note, one member of the Board did disagree, saying “In condoning [the] offensive online rant, which was fraught with insulting and obscene vulgarities directed toward his manager and his manager’s mother and family, my colleagues recast an outrageous, individualized griping episode as protected activity. I cannot join in concluding that such blatantly uncivil and opprobrious behavior is within the Act’s protection.” But it was not enough.

It’s not clear at this point what action the company might take in response. But one thing is clear: before an employer takes disciplinary action against an employee for any social media activity, it must very carefully analyze the potential for a claim of “concerted activity” – even when the post is obviously obscene. And in making that analysis, the employer must take into account the slant with which the current Board is likely to view a disciplinary decision. While this decision does not mean that every online rant by employees is protected, it clearly means that the limits of employee behavior may be pretty difficult to find.