The National Labor Relations Board last week issued its new rule for union organization elections. The new rule makes several changes, most significantly shortening the time frame for conducting a union election, requiring the employer to provide employee email addresses and phone numbers to unions within two business days of the election petition being filed, and postponing most disputes about the election – such as which employees are eligible to vote – until after the election is held. The rule, which goes into effect April 14, 2015, also permits employees or unions to file election petitions electronically.

This new election rule has been referred to as authorizing “quickie” or “ambush” elections because the new rule speeds up how quickly the election is held. The rule eliminates a previously required 25-day period between the date the election was ordered and the election itself. The time frame for an election had averaged 30 days, and could be held as long as 42 days after the petition was filed. This now may be shortened to as few as 10 days between the filing of a petition for certification of a union and the election to vote on union representation. 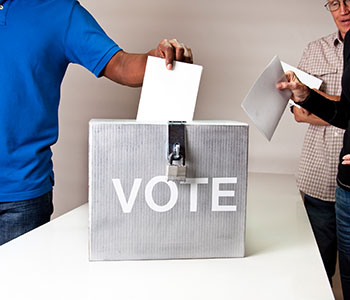 The time between the filing of an election petition and holding the election has traditionally been the employer’s campaign period. This time was when an employer often would learn of union interest among employees for the first time, organize and implement a campaign to convince employees to vote against the union, and explain to employees why the employer believed a union was unnecessary. Union leaders know that the longer the campaign period, the more likely it is that union support will soften among employees. Shortening this campaign period by two-thirds to three-quarters puts employers at a substantial disadvantage in the election. Unions can have their campaign in full gear prior to filing an election petition. This means employers will have to more vigilant in addressing employee interests before a petition is filed, and really on an ongoing basis.

The NLRB’s new election rules, combined with its new rule on employee use of employer email systems for union organizing in the Purple Communications, Inc. case, which also was issued last week, dramatically change the playing field for union elections. Employees who already have access to the employer’s email system for work purposes now also have a protected right under NRLB case law to use the employer’s email system to send emails to co-workers encouraging union support.

It is an appropriate time for employers to consider how these new rules affect their personnel policies and their employee relations programs.