In late September 2016, The Oklahoman reported on a hearing before U.S. District Judge Timothy DeGiusti involving a lawsuit brought by individual landowners and the Oklahoma Wind Action Association against Kingfisher Wind LLC, the developer of a 149-turbine wind farm in central Oklahoma. The plaintiffs sought to enjoin the operation based on claims of anticipatory nuisance. Before the court was a motion for summary judgment filed by McAfee & Taft on behalf of Kingfisher Wind.

According to the article, McAfee & Taft attorney Todd Woolery argued at the hearing that there were “not sufficient reasons to warrant a permanent injunction tearing down a lawful business,” and that the experts hired by the plaintiffs had failed to provide medical evidence that the turbines were causing “serious injury of the reasonable probability of severe injury.”

In a follow-up article in The Oklahoman on October 13, 2016, energy writer Paul Monies reported that Judge DeGiusti granted Kingfisher Wind’s motion for summary judgment, ruling that plaintiffs failed to show evidence of harm in their claim for anticipatory nuisance and a permanent injunction against the development. 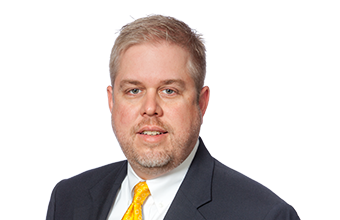