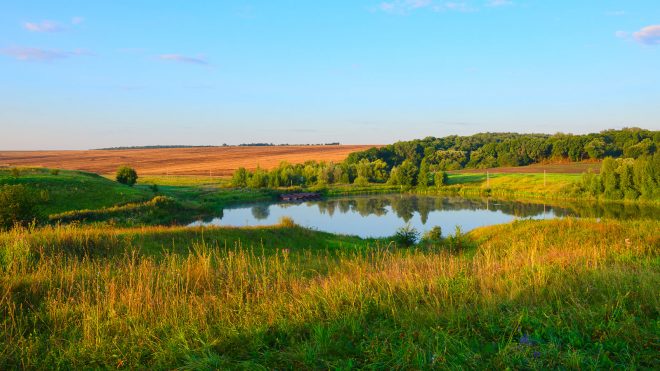 Everyone knows the importance and value of water. Under Oklahoma law, while stream water is owned by the state, groundwater is a private property right connected to the land. Historically in Oklahoma, groundwater rights have been conveyed along with the surface estate unlike mineral rights which are typically reserved by the landowner (if not previously severed from the surface). However, Oklahoma law allows groundwater rights to be severed from surface rights.

The Oklahoma Water Resources Board (OWRB) regulates the commercial use of water and requires that any use, other than a domestic use of groundwater, be permitted by the agency. ”Domestic use” encompasses the general use of groundwater for household purposes and agriculture purposes for farm and domestic animals “up to the normal grazing capacity of the land.” Commercial use of water includes, among other things, crop irrigation, municipal use, and oil and gas uses. An OWRB permit “allocates” the amount of groundwater a permittee may withdraw and use on an annual basis. The typical allocation for most aquifers is 2 acre feet per acre.  There are 325,851 gallons of water in an acre foot.

It was recently brought to the OCA’s attention that the Oklahoma Turnpike Authority has been acquiring groundwater rights in connection with its land acquisitions for turnpike projects. Oklahoma law grants the Turnpike Authority the right to acquire real estate by eminent domain for the purpose of establishing, constructing, maintaining, and operating turnpike projects within the state. One current project is the Eastern Oklahoma County Turnpike – that will connect the Turner Turnpike with Interstate 40 – and create an eastern loop of Oklahoma City. This project involves the taking of relatively large parcels (up to 25 to 50 acres) from rural tracts of land used for farming and ranching.

One particular large parcel is located just south of Luther, Oklahoma and the Turnpike Authority advised the rancher/landowner that it was going to acquire a 54.41 acre tract from the larger parcel. An agreement could not be reached and the Turnpike Authority filed a lawsuit to condemn the tract. While the taking excluded subsurface oil and mineral rights from the acquisition, it did not exclude groundwater rights. In essence, the Turnpike Authority was taking what amounted to an allocation of 35,524,476 gallons of water that the landowner would otherwise be allowed to annually withdraw from its land and use for irrigation, sales to the town of Luther or for other beneficial uses. OWRB rules would allow the allocated water to be withdrawn from wells located on adjacent land – not the 54.41 acres being taken by the Turnpike.

In the meantime, upon learning of this situation involving an OCA member, the OCA stepped in to ensure that this would not be a problem for landowners in the future. After some effective work at the Capital, effective November 1, 2018, the statue that grants the Turnpike Authority with the right of eminent domain (69 Okla. Stat. §1707) now provides that upon request by an impacted landowner, the Turnpike Authority will sever groundwater rights from surface rights it is acquiring. This swift action by the OCA will allow landowners to retain valuable groundwater rights once connected to surface rights taken by the Turnpike Authority, and avoid expensive litigation.

This article originally appeared in the January 2019 edition of Oklahoma Cowman.  Reprinted with the permission of the Oklahoma Cattlemen’s Association.