OFCCP proposes updated regulations on discrimination on the basis of sex 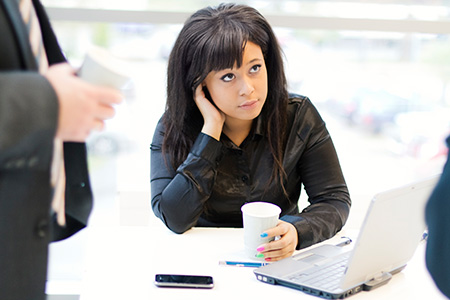 The OFCCP’s press release stated that the goal behind the proposed regulations is to align the regulations with current law and legal principles and to address the regulations’ application to current workplace issues.  The proposed regulations set forth requirements for federal contractors and subcontractors to meet their obligations under Executive Order 11246. These obligations include ensuring nondiscrimination in employment on the basis of sex, taking affirmative action to employ diverse applicants, and ensuring all employees are treated without regard to their sex.

The proposals also provide detailed examples of employment practices related to this list that may be discriminatory. In relation to pregnancy and childbirth, accommodations of alternative job assignments, modified duties, or temporal limitations on leave or light duty assignments may be considered discrimination.

The proposed regulations also address various practices in the workplace that would constitute sex-based discriminatory treatment unless the employer has a bona fide occupational qualification for the different treatment.  The practices addressed in the proposals include:

The proposed regulations also address sex discrimination in compensation in several ways.  First, the term “wage schedules” would be replaced with the term “compensation,” a term that would clarify that both individual and systemic forms of discrimination in compensation are prohibited. The proposals define “compensation” broadly to include “any payments made to, or on behalf of, an employee or offered to an applicant as remuneration for employment, including but not limited to salary, wages,  overtime pay, shift differentials, bonuses, commissions, vacation and holiday pay, allowances, insurance and other benefits, stock options and awards, profit sharing, and contributions to retirement.”  Second, the proposals provide more guidance to contractors on the types of practices they should review. Contractors must monitor and eliminate practices that deprive women of equal earning opportunities, such as the ability to obtain regular and overtime hours, commissions, pay increases, incentive compensation or any other additions to regular earnings. Third, the proposals add guidance on identifying “similarly situated” employees for purposes of analyzing compensation differences.

The proposed regulations further require federal contractors to provide “appropriate physical facilities” for men and women, unless the employer can show that construction of such facilities would be unreasonable because of excessive expense or lack of space.  The proposals on physical facilities would specifically prohibit a contractor from denying transgender employees access to the bathrooms used by the gender with which they identify.

The OFCCP is accepting comments on the proposed rules through March 31, 2015.