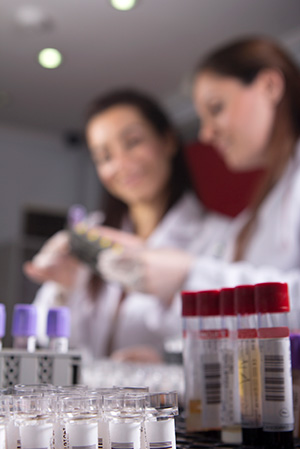 The Office of Inspector General of the Department of Health and Human Services recently posted an Advisory Opinion describing a proposed arrangement by a clinical laboratory. The lab desired to create an affiliated management company that would assist physician groups in the establishment of their own clinical labs. The management company would provide facility space, equipment and laboratory management and other support services to the physician groups, but only with respect to specimens from patients who are not federal healthcare program beneficiaries. By definition, the Medicare Anti-Kickback Statute, which prohibits payments to induce referrals of government health program patients, does not apply to non-federal business, such as specimens from patients with commercial insurance coverage or self-pay patients. However, the OIG concluded that the “carve-out” of federal healthcare business did not necessarily mean that the Medicare Anti-Kickback Statute was not implicated.

A clinical laboratory requested the advisory opinion from the OIG. All arrangements between the affiliated management company and physician groups would be reduced to writing, to remain in effect for not less than one year, and would specify compensation rates consistent with fair market value in arms-length transactions. Because they would only perform services for commercial payers, the physician groups would send specimens from patients who are federal healthcare program beneficiaries, as well as specimens requiring confirmation testing, to another lab, which could include the requestor’s lab. The requestor certified that it would not require, pressure, or induce the physician groups to refer testing to it or any affiliate.

Referencing a long-standing concern about arrangements under which parties carve out business generated by federal health programs from “otherwise questionable financial arrangements,” the OIG stated that such arrangements implicate the Medicare Anti-Kickback Statute “by disguising remuneration for Federal health care program business through the payment of amounts purportedly related to non-Federal health care program business.” The OIG indicated that that the requestor lab would offer the physician groups “remuneration in the form of the potentially lucrative opportunity to expand into the clinical laboratory business with little or no risk.” The OIG opined that such opportunity “may increase the likelihood” that the physicians would refer their federal government healthcare program business to the requesting lab, for reasons of convenience, to demonstrate commitment, to receive more favorable pricing on private pay services or simply because they couldn’t distinguish between the requesting lab and labs operated with its affiliated management group’s support.

Additionally, the OIG expressed concern that the financial incentives offered through the opportunity to invest in a clinical lab would affect a physician’s decision-making for all his or her patients, resulting in overutilization of laboratory services generally and increased costs to federal healthcare programs. For these reasons, the OIG concluded that the proposed arrangement could potentially generate prohibited remuneration under the Medicare Anti-Kickback Statute and that the OIG could potentially impose administrative sanctions on the requestor under the Medicare Anti-Kickback Statute.

There are a number of business transactions in the healthcare industry that carve out federal healthcare program business with the goal of avoiding potential liability under the Medicare Anti-Kickback Statute. With more frequent drug testing of patients, physician groups are increasingly interested in establishing their own clinical labs. Arrangements like the one described in the advisory opinion have been proposed to avoid the difficulties encountered by physician groups in satisfying the Stark law’s physician supervision requirements. This advisory opinion makes it clear that the OIG will look beyond the terms of the arrangement to evaluate whether any federal healthcare program business may be generated among the parties. If so, the arrangement may pose compliance risk.