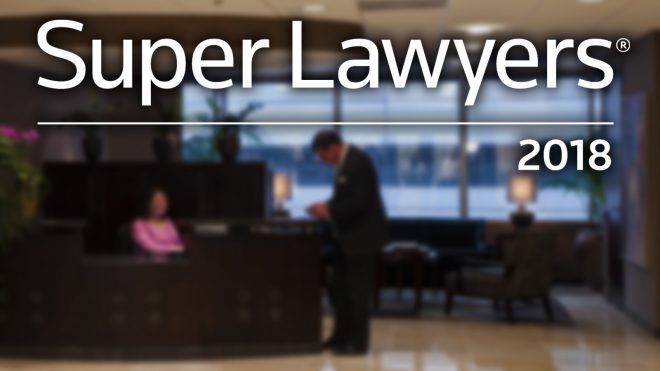 A record number 76 McAfee & Taft attorneys have been recognized in the recently released 2018 edition of Oklahoma Super Lawyers, with another 37 honored as “Oklahoma Rising Stars.”

Oklahoma Super Lawyers recognizes the state’s top 5 percent of Oklahoma attorneys in more than 60 practice areas as “Super Lawyers” and the top 2.5 percent of up-and-coming attorneys as “Rising Stars.” Selections for these esteemed lists are made by the research team at Super Lawyers, which is a service of the Thomson Reuters legal division. Each year, the research team undertakes a rigorous multi-phase selection process that includes a statewide survey of lawyers, independent evaluation of candidates by attorney-led research staff, a peer review of candidates by practice area, and a good-standing and disciplinary check.