Past use of a false Social Security number: An employment disqualifier? 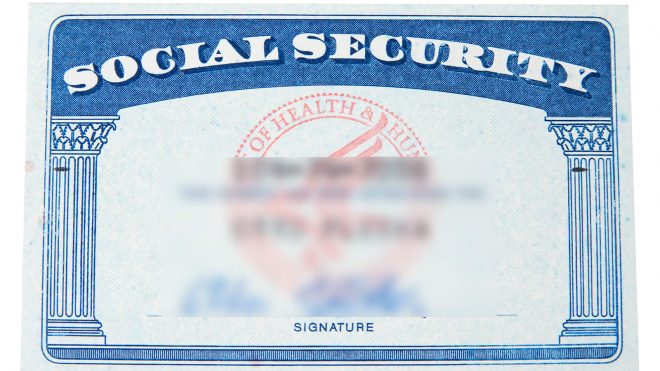 By now, most employers have faced situations in which an employee used a false Social Security number (SSN). Such a discovery usually results in an employee’s discharge or resignation. A lawsuit filed on December 9, 2013, in the U.S. District Court for the Northern District of California on behalf of an unsuccessful Latino applicant illustrates a unique twist to the circumstances in which individuals have used fake SSNs in the past.

Coming to America and using a false SSN

Victor Guerrero unlawfully entered the United States with his family in 1990 when he was 11 years old. Four years later, he started working to help support his family and was provided with a false SSN. He didn’t learn he was undocumented and the SSN he was using was fake until he was 17.

Guerrero continued to use the SSN to obtain work until 2007, when he became a legal permanent resident of the United States and received his own SSN. In 2010, he became a U.S. citizen.

Guerrero lived in Stockton, California, and attended San Joaquin Delta College, aiming to obtain an associate’s degree in criminal justice and a certificate of correctional science. He applied for a job as a correctional officer with the California Department of Corrections and Rehabilitation. The application process included a written exam, a physical agility test, and a background investigation.

The background investigation included a questionnaire that asked applicants whether they “had or used a Social Security number other than the one used on this questionnaire.” Guerrero truthfully answered the question “yes” and explained in an addendum the circumstances of his illegal entry into the United States, his use of a fake SSN, and the fact that he eventually obtained a legal SSN and became a U.S. citizen.

The next step of the application process required Guerrero to take part in the department’s preinvestigatory interview. In the interview, he again explained his circumstances and history.

State Personnel Board Rule 172 requires that all candidates for the department “possess the general qualifications of integrity, honesty, [and] good judgment.” The department informed Guerrero that he was ineligible for the correctional officer position because his earlier use of a false SSN demonstrated a lack of honesty, integrity, and good judgment and thus violated Rule 172.

Guerrero appealed the department’s refusal to treat him as an eligible candidate to the State Personnel Board, but he wasn’t afforded a hearing. Noting that “peace officers hold a special position of trust and authority and, as such, they are held to a higher standard of conduct [than] other employees,” the board ruled that the department was right when it denied Guerrero further consideration for employment.

First, Guerrero filed a charge of employment discrimination with the Equal Employment Opportunity Commission (EEOC). Next, he filed a lawsuit against the department and the State Personnel Board claiming, among other things, that they violated Title VII.

More specifically, Guerrero’s lawsuit claims that the department’s policy of refusing to hire job candidates based on the previous use of false SSNs has a disparate impact on Latinos because immigrant workers frequently use false SSNs. The lawsuit claims the policy amounts to national origin discrimination in violation of Title VII. Guerrero v. California Department of Corrections and Rehabilitation, 3:13-CV-05671- NC (N.D. Cal., 12/9/13).

The issues in this lawsuit present an interesting clash between employment discrimination laws and employers’ interest and right to ensure employees are lawfully permitted to work in the United States. It’s too early to tell what will happen with this novel theory, but we will monitor the case’s progress and keep you advised.