Doctors get rich by exposing fraud

As the federal and state governments have evolved from Uncle Sam to Doctor Sam, the potential for healthcare waste, fraud and abuse has also increased. One way the government has deterred healthcare fraud is by enacting and bolstering whistleblower laws. Federal whistleblower laws provide legal claims for individuals who discover or suspect violations of law, corporate waste, corruption, or abuse by companies doing business with the government. In the healthcare industry, increasing numbers of whistleblower claims are being made by physicians.

Whistleblower claims are usually brought as qui tam actions arising under state or federal law. The federal False Claims Act is often referred to as the federal government’s primary tool for recovering funds lost as a result of fraud against the government.

Originally enacted in 1863 to combat fraud in the Civil War, the False Claims Act has always contained its qui tam provisions, which allow a private citizen to bring claims as a private attorney general. The Act provides that a party who submits false claims or who submits false statements to get claims paid is liable for treble damages, plus civil penalties ranging from $5,500 to $11,000 per false claim. Whistleblowers are incentivized to bring such claims. If the government is successful in recovering in a qui tam case, the whistleblower is entitled to receive a percentage of the government’s recovery, which can be substantial given the damages and penalties. Successful whistleblowers are also entitled to recover their attorney fees.

Qui tam lawsuits are different from most other types of lawsuits. First, they are filed under seal so that the government can investigate the claims and decide whether to prosecute the lawsuit. Generally, the whistleblower must be the first to file the claim and must be the original source of the information provided to the government.

Whistleblower claims in the healthcare industry have become commonplace, particularly in matters relating to Medicare or Medicaid compliance. These claims can involve a range of practices, such as billing, coding and claims submissions by hospitals, surgery centers, medical device manufacturers, medical group practices, nursing homes, or others. They can also arise based on prohibited referrals under the Stark law and illegal kickback arrangements involving healthcare providers, physicians or others. Unexpectedly, a number of qui tam plaintiffs have been physicians.

Healthcare industry executives should be cognizant that physicians may become whistleblowers. In addition to promoting an environment of legal compliance and requiring compliance with laws, healthcare industry executives should be thoughtful when making remarks to physicians about healthcare regulatory compliance matters. The message should be one of promoting and assuring compliance, not a message of taking transactions to the edge. There’s a great difference between “we promote legal compliance” and “we want to comply with the spirit of the law.”

Fraudulent or abusive practices in the healthcare industry can be difficult to detect. Often physicians are knowledgeable about wrongful practices as a result of their involvement in meetings, discussions with other physicians and healthcare executives, and access to documents and information. Physicians can provide information about practices, transactions and arrangements that industry self-reporting or government detection may not reveal. They are considered reliable sources of information and are presumed to be credible because of their status as physicians and their medical knowledge to explain technical information. As a result, when physicians come forward as qui tam plaintiffs, prosecutors will listen, even though the claims may involve a drumbeat of innuendoes, repetition of charges that are not adequately supported by accurate facts, or opportunistic maneuvering.

Physician whistleblowers are motivated to bring qui tam actions for various reasons, including:

Now, some organizations even support, encourage and promote medical professionals as qui tam plaintiffs. For example, Medical Whistleblower Advocacy Network is an advocacy organization that provides support to physician whistleblowers who assert claims in the name of protecting patients and preserving human rights. A number of law firms also advertise their services to physicians as potential qui tam plaintiffs against pharmaceutical companies and medical device manufacturers.

Physicians who bring whistleblower claims, once discovered, may be characterized as troublemakers or disruptive to an organization’s operations. They may even be ostracized by colleagues. Recently, however, physician whistleblowers have included prominent medical professionals, including hospital chiefs of staff, respected physicians who repeatedly complain about patient safety problems, academic department chairs, and mainstream physicians with support from other physicians.

Healthcare providers should have a whistleblower policy in place. The policy should make it clear that it is the responsibility of employees to report their concerns about possible violations of policies, unethical conduct, or violations of law. It should include a consistent protocol that maintains the attorney-client privilege during the provider’s investigation and incorporates provisions to assure compliance with Section 1558 of the Affordable Care Act. Also, it should provide that individuals submitting a report will not be subjected to retaliation, intimidation, harassment or other adverse action for reporting a possible violation in good faith or cooperating in the investigation of a possible violation.

In addition, hospital executives, medical group managers, physician executives, and other healthcare industry officials should be judicious when making comments to physicians and others about regulatory compliance issues. They should make it clear that organizational policy requires compliance. Statements made during meetings with physician groups that the organization is “pushing the envelope,” “taking the law to the limit,” “taking advantage of gray areas,” “pressing the lawyers to stretch the law,” or “looking for loopholes” should be avoided, considering that a member of the audience could become a qui tam plaintiff.

If you have any questions about this update or if we can assist you with these or any other legal matters, please contact one of the lawyers in our Healthcare Industry Group. 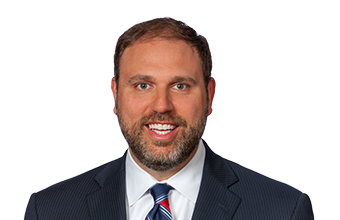