Two years after cattle broker Eastern Livestock Company shut down operations amid allegations of defrauding more than 700 livestock producers out of approximately $130 million, the executive vice president of the Oklahoma Cattlemen’s Association says the state’s attorney general’s office has declined to pursue legal action on behalf of the 30-40 affected Oklahoma ranchers, saying those in the state’s cattle industry are being adequately represented by private lawyers.

In an article in July 13, 2012 issue of The Journal Record, writer Brian Brus interviewed McAfee & Taft attorney Ross Plourde about the extent of the damage sustained by Oklahoma cattle producers. “We’ve got some clients that will probably suffer losses in the million-dollar range,” he said. “And who knows how much they’ll get back?”

Regardless of the outcomes of the various lawsuits filed against Eastern Livestock, Plourde said that livestock producers should be protected from similar risks in the future, thanks to the passage of the Livestock Owner’s Lien Act of 2011 by the Oklahoma Legislature. McAfee & Taft colleague Jeff Todd, chair of the firm’s Agriculture & Equine Industry Group, is credited with helping draft the text of the law. 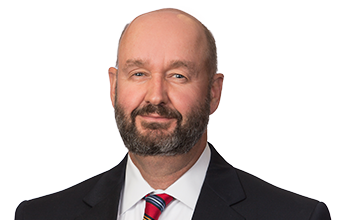