McAfee & Taft trial lawyers have successfully represented clients of all sizes – from individual owners and operators of aircraft to airlines and aircraft manufacturers – in a broad range of disputes and controversies involving the aviation industry. Our collective experience includes representing clients in business and commercial disputes, defending pilots and mechanics in enforcement actions and inquiries brought by the Federal Aviation Administration (FAA) and National Transportation Safety Board (NTSB), and defending pilots, mechanics, fixed-base operators and aircraft and aircraft part manufacturers in litigation involving aviation accidents and incidents.

Supported by one of the largest and most experienced FAA aviation groups in the United States, our litigators are also highly skilled in resolving disputes involving the purchase and sale of all sizes and types of aircraft, as well as issues impacting aircraft title and ownership.

Lawsuits resulting from aircraft accidents, especially those involving claims of wrongful death and serious injury, are often highly publicized, emotionally charged, and technically and scientifically complex.  Having represented a significant number of clients in both aircraft and vehicular accident litigation, our lawyers are skilled at navigating these difficult circumstances and have developed specific expertise combing through NTSB and independent crash investigation reports, working with technical and industry experts to understand how certain equipment is designed, manufactured and tested, and pinpointing what other factors may have played a role in the accident.  We are also skilled in deposing and cross-examining other parties’ experts and, when applicable, persuading courts to exclude expert testimony that does not meet Daubert standards.

Working with the nation’s most robust aircraft title and transactional practice, McAfee & Taft litigators are uniquely equipped to resolve transactions that become contentious and combative.  Our trial lawyers work closely with our transactional team to efficiently and effectively resolve disputes prior to and through litigation, pre- and post-closing.  Furthermore, the aviation litigation team leverages our transactional experience to obtain favorable outcomes in disputed (interpleader) escrow transactions.

Our aviation litigators represent aircraft owners, lenders and potential buyers in disputes involving the perfection of ownership and security rights, chain of title issues, slander of title claims, and quiet title claims on aircraft.  By leveraging our extensive aircraft title practice experience, McAfee & Taft has a consistent track record of successfully resolving clouds on title which often impede the sale or payment of insurance claims on commercial, corporate and small aircraft.

Representation of Airmen, Owners and Operators before the NTSB and FAA

Having a legal team that includes active pilots, McAfee & Taft is equipped to uniquely understand the issues facing airmen and operators.  Our experience includes representing airman, aircraft owners and operators in enforcement and aircraft detention actions brought by the FAA in relation to the transportation of hazardous materials, airman certification, aircraft ownership, and aircraft registration.  Additionally, the McAfee & Taft team routinely advises clients on regulatory requirements related to obtaining and maintaining airman medical certificates.  While legal action is not always the first step in resolving an administrative dispute with the FAA, our team understands how to build a client’s case so that the client is in the best possible position should legal action become necessary. 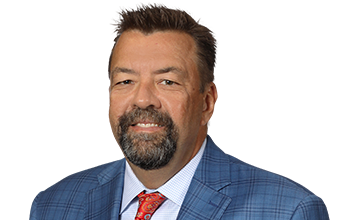