The National Labor Relations Board’s new election rules, which include changes allowing for so-called “ambush elections,” will not be blocked by Congressional resolution after all. On March 31, President Obama vetoed a joint resolution of the U.S. Senate and House of Representatives that sought to block implementation of the NLRB’s election rules. As a result, the rules will take effect on April 14, 2015, as originally planned. 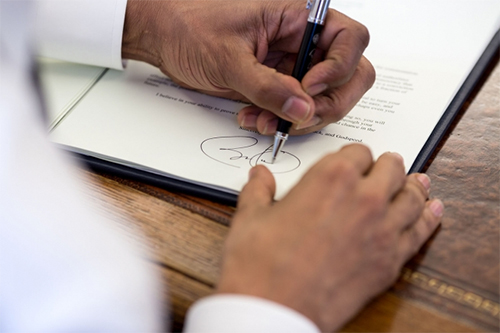 The Senate adopted the resolution disapproving of the NLRB’s action on its election rules by a 53-46 vote on March 4. The House passed the same resolution by a vote of 232-146 on March 19. Obama signed a presidential “memorandum of disapproval” that stated he was withholding his approval of the resolution.

The new NLRB election rules dramatically shorten the time between the filing of a petition for representation and the election vote, thereby reducing the time employers have to talk to employees about reasons not to vote for a union. The new rules also limit pre-election hearings on voter eligibility and bargaining unit objections and require employers to release employees’ personal email addresses and telephone numbers to the union organizers.

The U.S. Chamber of Commerce and other business groups have filed lawsuits in the District of Columbia and Texas challenging the NLRB’s election rule changes. The disapproval of the resolution does not affect that litigation.