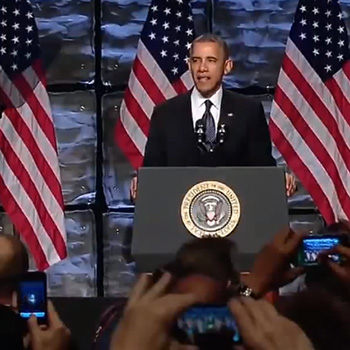 President Obama speaks at the SelectUSA Investment Summit, during which he highlighted ASCO Industries’ project in Stillwater, Oklahoma.

While addressing the SelectUSA Investment Summit in Washington, D.C., President Obama highlighted Belgian-based ASCO Industries as one of several major foreign companies that have recently made significant investments in U.S. facilities and created American jobs. The world-class international supplier of high-tech aircraft parts chose to reopen and retrofit a shuttered facility in Stillwater, Oklahoma, as its first manufacturing plant in the United States.

Hosted by the U.S. Department of Commerce, International Trade Association, and SelectUSA, the SelectUSA Investment Summit connects investors, both foreign and domestic, with U.S. economic development organizations to promote and facilitate direct investment in the United States.

You can view a portion of that speech in this YouTube video; ASCO is specifically mentioned at 6:13.