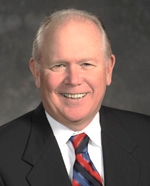 Veteran McAfee & Taft trial lawyer John Hermes was featured in an article titled “Profiles in Professionalism: John Hermes” in the May 2011 issue of Briefcase, a monthly publication of the Oklahoma County Bar Association.

Although his Oklahoma roots extend back two generations – his grandparents participated in the 1892 Land Run and his father grew up in Sapulpa – John didn’t make his way to the state until the early 1970s. Born in New York and raised in Chicago, John earned his bachelor’s degree from Ripon College and later served as a military intelligence officer in the U.S. Army for four years before entering law school at the University of Oklahoma.

John began his legal career with McAfee & Taft in 1975. Since that time, he has earned a reputation for being one of the state’s leading lawyers. He is a fellow of the American College of Trial Lawyers and an elected member of The American Law Institute. His achievements as a litigator have earned him inclusion in The Best Lawyers in America, Chambers USA’s Guide to America’s Leading Lawyers for Business, Legal Media Group’s Guide to the Leading US Litigation Lawyers, and Oklahoma Super Lawyers, where he has been named to its prestigious list of "Top 10 Oklahoma Lawyers."

According to the article, a little known fact about John is that he invented – by accident – the Daubert requirements for experts long before Daubert ever existed. As a young lawyer second-chairing a case, he cross-examined an accountant who he didn’t believe to be credible. “John naturally thought the witnesses’ testimony should be stricken, and so, before lead counsel could stop John from acting, John asked the judge to strike the witness’s testimony. The judge agreed with John.”

A leader both inside and outside the firm, John previously served as McAfee & Taft’s managing director for six years and provided leadership as a member of the board of directors for Legal Aid Services of Oklahoma, Oklahoma Lawyers for Children, Legal Aid of Western Oklahoma, and the Oklahoma County Bar Association over the years. 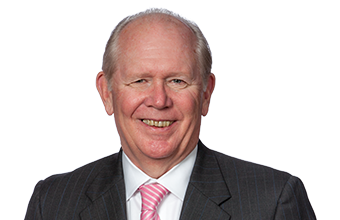