In 2011, the Centers for Medicare and Medicaid Services launched the Medicare EHR Incentive Program as a way to get more individual healthcare providers — including physicians, dentists, podiatrists, optometrists and chiropractors — to adopt, implement, upgrade and demonstrate meaningful use of electronic health records (EHR) technology.  Using a “carrot and stick” approach, the first phase of the program offers incentive payments to providers for each year they demonstrate meaningful use, until the earliest of the fifth consecutive year or 2016. Attorney Melissa J. Cottle was interviewed by The Oklahoman about the “stick” phase of the program, as well as significant changes to the program beginning in 2015.

“The ‘stick’ aspect of the EHR Incentive Program already has begun, and the first payment reductions will be applied beginning on January 1,” said Cottle. “Any eligible providers who didn’t meet the demonstration requirements for meaningful use in 2013 will receive payment reductions for Medicare reimbursements in calendar year 2015.  The adjustment is applied two years after the year in which the provider failed to demonstrate meaningful use, and the adjustment will reduce the Medicare physician fee schedule amount the physician receives for the services he provides during that year.”

Additional changes to the program include the requirement that all providers use the new 2014 edition of the EHR technology, and that they report for a full 365-day reporting period instead of the previously used 90-day period, with the exception of those who are demonstrating meaningful use for the full time.

According to Cottle, Medicare has a comparable incentive program for hospitals, and Medicaid has a separate EHR program for both providers and hospitals. 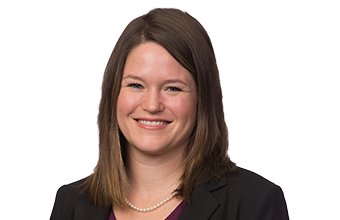