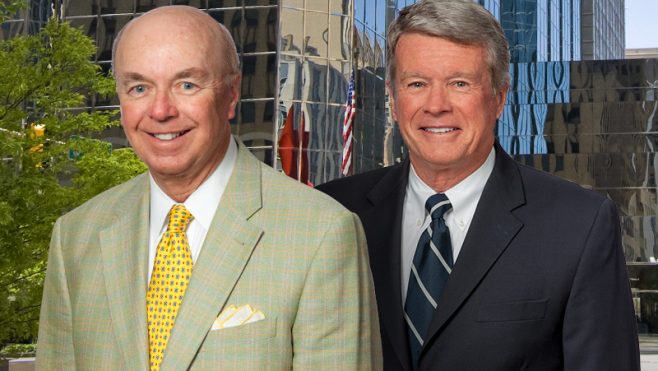 McAfee & Taft attorneys Dee A. Replogle and Reid E. Robison were honored for 50 years of service at the Oklahoma County Bar Association’s Annual Awards Luncheon on June 15, 2018, in Oklahoma City. Both were admitted to the Oklahoma Bar after graduating from the University of Oklahoma College of Law in 1968.

Replogle began his career as a law clerk for the Honorable William J. Holloway of the U.S. Court of Appeals for the Tenth Circuit in 1968 and went on to earn his master of laws degree in taxation from New York University in 1970. He joined McAfee & Taft in 1971, where he has practiced in the areas of tax and estate planning for 47 years. His achievements have earned him inclusion in The Best Lawyers in America and Who’s Who in American Law. 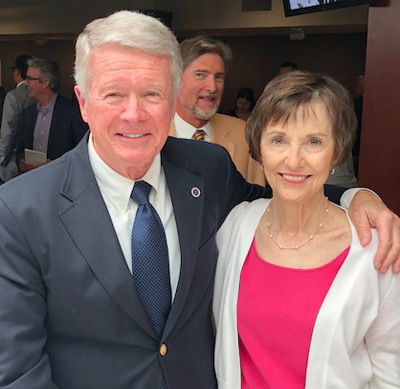 Following graduation from law school, Robison served as an assistant attorney general of the state of Oklahoma and as a captain in the Judge Advocate General’s Corps of the U.S. Air Force. He joined McAfee & Taft in 1972, where he has concentrated his practice in business-related litigation. His skills as a trial lawyer have earned him inclusion in several prestigious industry publications, including Benchmark Litigation, The Best Lawyers in America, Chambers USA Guide to America’s Leading Lawyers for Business and Oklahoma Super Lawyers 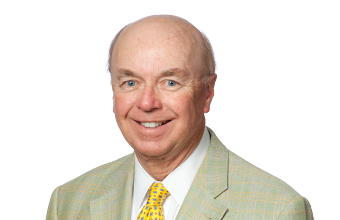