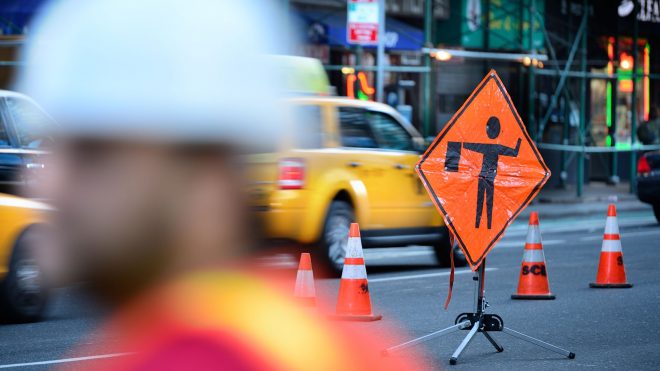 Informed employers know they must pay non-exempt employee for all hours actually worked. If an employee works unapproved hours or overtime, the company must still pay for that time; however, they may discipline that worker for violating company policy or not following directions. A recent case from the Tenth Circuit, however, provides an example of how employers should tread carefully in such situations.

In Betts v. Work Zone Traffic Control, Inc., former employee David Betts alleged that Work Zone retaliated against him for asking about unpaid overtime in violation of the Fair Labor Standards Act. As a traffic control supervisor for Work Zone, Betts’ duties included driving to road construction sites, loading and unloading signage and equipment, and placing them at job sites according to written traffic control plans. According to company policy, Work Zone would not compensate employees for time spent driving to their initial job site or leaving their final job site. However, an exception to the policy stated that Work Zone would pay employees for time spent driving to and from job sites if that worker was carrying equipment that was more than a few traffic cones or signs.

During one workweek in June 2016, Betts claimed 92 hours of pay, including 52 hours of overtime pay. This prompted Work Zone to review Betts’s timesheets and to conclude that he was claiming pay for driving to and from his assigned job site. Thus, Work Zone did not pay for 15 hours of overtime.

In turn, Betts called his manager to complain about not getting paid those 15 hours of overtime. The next week, Betts’ manager sent him a text message stating that he was not to do shop work on weekends, that he should improve his time management, and that he needed to keep his overtime hours down. After that, Betts claimed more than 32 hours of overtime for the next couple weeks. Some of that time included drive time to and from a project, as well as time spent replacing a headlight on his company truck over the weekend. Nineteen days after Betts complained about unpaid overtime, Work Zone terminated him. The employment termination form simply stated “insubordination” as the reason for his termination. Betts denied in the lawsuit that he was told he was terminated for violating Work Zone’s drive time policy or that he was provided any explanation beyond the sole description of “insubordination.” Betts alleged that the real reason for his termination was retaliation for complaining about unpaid overtime, which is protected conduct under the FLSA.

The trial court granted summary judgment to Work Zone and dismissed the case. On appeal, however, the Tenth Circuit reversed, essentially saying that a jury should determine whether Work Zone retaliated against Betts. The court offered several reasons for reversing the decision. It noted that the termination paperwork stated the reason was “insubordination,” but it did not provide any details about the nature of insubordination. Moreover, Work Zone did not provide any deposition testimony from the company explaining what constituted insubordination.  The court determined that the attorney’s arguments fleshing out the insubordination in briefs was not enough to dismiss the case and that the company needed actual evidence.

The Tenth Circuit also ruled that a jury should hear the case because Betts had produced evidence showing that other employees had been paid for drive time and were not disciplined for claiming those hours.  Betts also alleged that he stopped at another job site on his commute to and from his home to set up or take down signs; thus, he believed he was complying with the company policy since he was performing work during part of his commute. Finally, the court determined that the company’s policy was that employees should perform necessary maintenance “as soon as possible” on their vehicles, and another manager had told him to get his headlight fixed. Thus, the company inconsistently applied its policies, and Betts believed he was required to fix the headlight on a Sunday, despite being told to not work on weekends.

This case offers several lessons for employers. First, employers should carefully fill out any termination paperwork and provide simple explanations for their termination decisions. Had Work Zone provided just slightly more detail in the termination paperwork or explained the decision to Betts, the court may have not reversed the decision. It is outdated advice that employers should not provide employees the reason(s) for a termination decision. Rather, the best practice is to provide truthful, simple, and accurate reasons to the employees. Employers need not go into every detail or get into arguments of the reasons, but it should present them in a straightforward manner.

Second, employers should perform an adequate investigation before cutting an employee’s claimed work hours or overtime. Here, Work Zone looked at GPS records from Betts’s truck before cutting his time, but apparently did not discuss it with him. In other words, Betts did not have the opportunity to explain that he was stopping at another work site during his commute – something Work Zone could have further investigated or told him to stop if it was not authorized.

Finally, employers should consistently apply all their timekeeping policies and give clear directions. Employers cannot cherry-pick which policies to follow and what time is considered compensable work. Had Work Zone consistently applied and enforced its drive time policy, the case may have been dismissed. Moreover, Betts received conflicting policies and directions from managers as to whether he was supposed to get his headlight fixed and when to do it. That confusion could potentially been avoided had Work Zone clearly explained, preferably in writing, its expectations of when and where Betts was allowed to work.