Risk of a future disability not always an ADA claim 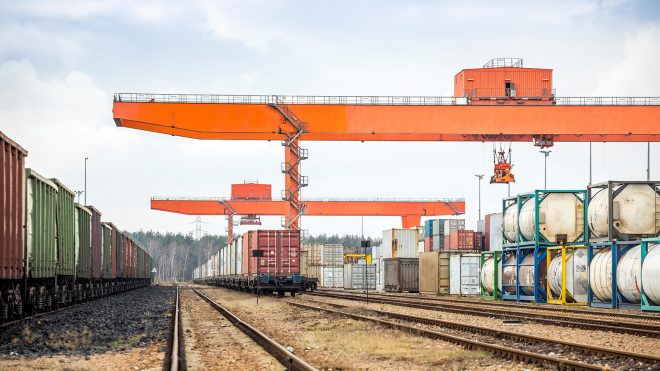 Suppose you have an applicant or employee who is currently healthy, but you are concerned they may develop an impairment or condition in the future. Can an employer make any decisions based upon that concern without violating disability discrimination laws? Two cases – one in Illinois and another in Oklahoma – suggest in rare circumstances that may be permissible.

After working for more than 30 years at a Chicago railyard as a groundsman, driver and crane operator, Ronald Shell applied for a job with Burlington Northern Santa Fe Railway Company (BNSF) when it assumed control of the worksite. His new job with BSNF would require Shell to climb on rail cars, drive trucks, and operate cranes. Because the position required moving on and around heavy equipment, BNSF classified the job as “safety-sensitive.” BNSF extended Shell a job offer conditioned upon him successfully passing a medical evaluation.

Shell did not report any medical conditions to BNSF and described his overall health as “very good.”  Shell was 5’ 10” tall and weighed 331 pounds, which translated to a body-mass index (BMI) of 47.5. BNSF had concluded that individuals with Class III obesity – a BMI of 40 or greater – have a substantial risk of developing future health conditions, such as sleep apnea, diabetes and heart disease. These conditions can cause sudden and unexpected incapacitation or unconsciousness. For that reason, BNSF did not hire applicants for safety-sensitive positions who have a BMI of 40 or above. BNSF’s chief medical officer deemed Shell medically unqualified, but told Shell his application could be reconsidered if he lost 10% of his weight, maintained the reduced weight for six months, and submitted to future medical evaluations.

Claiming that its refusal to hire him based on the risk he would develop these health conditions in the future was discriminatory and violated the Americans with Disabilities Act (ADA), Shell sued BNSF.

Robert Adair worked for the City of Muskogee’s Fire Department for more than 30 years. After injuring his back during a training exercise in 2012, Adair underwent treatment and filed an Oklahoma workers’ compensation claim. A number of physicians concluded he risked further injury if he returned to work, and Oklahoma’s Workers’ Compensation Court found that Adair had sustained 12 percent permanent partial disability. According to Adair, the city encouraged him to choose a disability retirement rather than being terminated. Accordingly, Adair took a disability retirement to avoid termination.

A year later, Adair sued the City of Muskogee. Among other claims, Adair alleged he had been constructively discharged in violation of the ADA.

Possibility of a future disability not covered by the ADA

The U.S. Court of Appeals for the Seventh Circuit found in favor of BNSF and dismissed Shell’s ADA claim. It was undisputed that Shell, at the time he applied for a job with BNSF, did not have any impairments, and the employer did not perceive him as having any health conditions. BNSF’s rejection of Shell was based upon its concern he would develop sleep apnea, diabetes or heart disease in the future. Under those circumstances, there was no ADA violation. Significantly, The BNSF decision relied in part on Adair’s lawsuit against Muskogee. When finding in favor of the City on Adair’s ADA claim, the U.S. Court of Appeals that covers Oklahoma employers held a plaintiff must establish they have an actual impairment – or that the employer believes they have an impairment – at the time the employer makes its decision.

Don’t bank on this

The BNSF and City of Muskogee cases don’t mean employers may always make hiring and employment decisions based on concerns over an individual’s future health risks. More often than not, an applicant or employee with future health risks also has current impairments in play that could support an ADA discrimination claim.