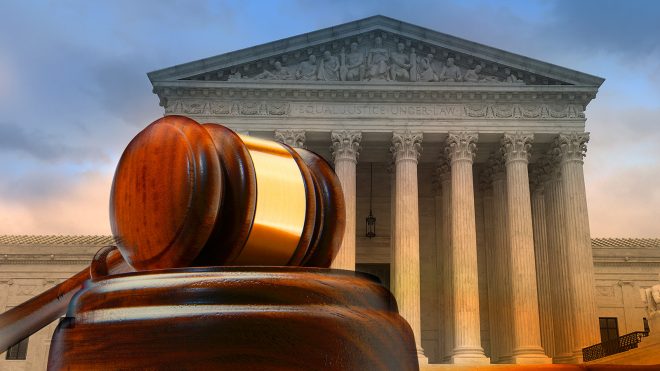 Those familiar with the oil and gas industry know that workers are often paid a day rate. For some workers, those day rates can be lucrative. One such worker was Michael Hewitt, a tool pusher for Helix Energy Solutions Group. Hewitt was paid $963 each day he worked on a “hitch” — usually a period of two weeks on and two weeks off — and made over $200,000 annually. Hewitt sued Helix, alleging he was not paid a “salary” as defined by the Fair Labor Standards Act and was, therefore, entitled to overtime. The U.S. Supreme Court announced that it will now determine if Hewitt’s day rate can be considered a salary.

What is a salary?

As a reminder, an employee is exempt under the white-collar exemptions if the employee performs exempt duties and is paid a salary. A salary is a guaranteed amount that does not change based on the quality or quantity of work. Currently, an employee must be paid a guaranteed salary of at least $684 a week. Further, the guaranteed salary must bear a “reasonable relationship” to the total amount of compensation an employee regularly receives.

Hewitt’s lawsuit is one of the many similar lawsuits, often filed as class or collective actions, that have kept federal courts busy for over a decade. Hewitt, as well as plaintiffs in similar lawsuits, argued that he is not paid a salary because the amount he received each week is not guaranteed since it depends on the number of days worked. He also argued that even if there is a guaranteed amount of at least $963 for working one day, it is not reasonably related to the total of $6,741 he could make if he worked all seven days in a week.

A majority of the entire Fifth Circuit Court of Appeals, sitting en banc, ruled in September 2021. They agreed with Hewitt, holding that Hewitt’s day rate was not a salary because his compensation fluctuated based on the number of days he worked. They also ruled that there was not a reasonable relationship between the total amount he regularly received and his day rate. Thus, they determined he was entitled to overtime, which would be a considerable amount based on the number of overtime hours he worked and his high level of pay.

The U.S. Supreme Court recently granted Helix’s petition for certiorari and will determine whether a sufficiently high day rate can be a salary under the FLSA and whether the overtime regulations require there to be a reasonable relationship between the guaranteed amount and total compensation.

The U.S. Supreme Court will finally settle a dispute that has gone one for years. It will provide certainty to the oil and gas industry that has paid day rates for decades, as well as other industries that pay high day rates or other types of shift work rates.

This case primarily involves the interpretation of federal regulations. However, the court’s ruling will give all employers an insight into how courts should continually interpret overtime regulations and how much deference they should give to the interpretations of the U.S. Department of Labor.

Finally, this case is a good reminder to all employers that they should be diligent about how they pay employees. FLSA compliance is incredibly technical and can be very fact-intensive. The dispute here is not that Hewitt wasn’t paid enough; it was that he wasn’t paid in the right way. Sometimes, employers assume that paying an employee enough money means they are complying with wage and hour laws. Too often, that only means they have more potential liability. To prevent that, employers should regularly audit their pay practices to ensure compliance.