Secret Connections: LinkedIn contacts may be a trade secret

A California court recently determined that an employee’s LinkedIn contacts could be considered a “trade secret” in a case where the employee retained his contacts after he left the company and began a competing venture. 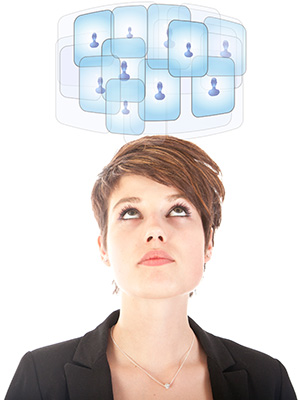 David Oakes worked for California-based Cellular Accessories for Less, Inc. as a sales account manager from June 2004 to December 2010.  Cellular’s business was focused on the corporate cell phone accessory market.  At the start of his employment with the company, Oakes was required to sign a written statement in which he agreed that his employer’s “proprietary information” would not leave the company “physically or electronically.”

In his job as sales account manager, Oakes was encouraged to network and build sales contacts as a way to “generate business.” Because he was given no leads or customer lists, his success on generating business depended in no small part on the relationships he developed.  He did this networking while at work.  Cellular encouraged its employees to create an account with the popular business networking website LinkedIn and use it to connect with potential customers.

Oakes kept a list of contacts in a computer file at work that he updated each time he made a new contact.  By late 2010, the file contained the contact information for more than 900 business and personal contacts.  Oakes also maintained a LinkedIn account, where he was connected with many of these contacts. In late 2010, shortly before being terminated, Oakes emailed himself the computer file.  After he was terminated, he retained his LinkedIn account with all his Cellular contacts.

California, like Oklahoma, has adopted the Uniform Trade Secrets Act.  A “trade secret” is defined as something that derives its value from not being generally known to the public or to other persons.  The court noted that while “it is well established that a customer list may constitute a protectable trade secret,” customer lists are not automatically trade secrets.  After all, many customer lists contain only information that is easily discoverable through public sources – like a phone book or the Internet.  However, where the employee expended time and effort identifying customers with particular needs or characteristics, the list may be a trade secret.  The key is how much work was involved in compiling the information.

Are these contacts trade secrets?

First, the court had no trouble deciding that the computer file with more than 900 contacts could be considered a trade secret.  Oakes argued that the information was publicly ascertainable, because “anyone can easily get extensive information about Fortune 1000 companies through a standard internet search.”  However, the court did not accept this argument.  After all, Cellular had hired and paid Oakes for the task of developing contacts through cold calling and networking. The information had taken substantial effort to gather.

The question whether Oakes’ LinkedIn contacts could be considered a trade secret was more difficult.  Oakes argued that much less effort was involved in maintaining LinkedIn connections.  LinkedIn automatically suggests contacts.  The court agreed that this fact showed that the information gathering technique was not particularly “sophisticated.”

However, Oakes and Cellular disagreed as to how LinkedIn worked.  Oakes maintained that the LinkedIn contacts could not be considered “secret” because his LinkedIn contacts were viewable to any other contact he has on LinkedIn.  Cellular disagreed that this was how the site worked, arguing that Oakes had to “set his contacts to be viewable.”  The court refused to “take judicial notice of the functions of LinkedIn,” and therefore did not decide which party was correct about how LinkedIn worked. The court denied Oakes’ attempt to strike the claim, and now a jury will decide if it believes the Linkedin contacts were, in fact, a trade secret – a major victory for the employer.

This case illustrates the continued blurring of professional and personal lines in today’s workplace. In the past, an employer could make sure a departing employee did not take a customer list by simply making sure that the departing employee did not grab the Rolodex on the way out.  Now, with a click of a button, an employee can use email, Dropbox, or even a portable flash drive to transfer valuable computer files to his or her possession without the employer’s knowledge.  The line is even blurrier when it comes to social media.  Employees may use LinkedIn, Facebook or Twitter to connect with both personal and business contacts.  It is easily imaginable that Oakes used LinkedIn in his off hours away from the office, on his personal computer, tablet or phone.  He likely used his own individual name and posted a picture of himself.  However, as the court recognized, Oakes’ LinkedIn contacts could nonetheless represent value to the employer.

It remains to be seen if other courts will find that LinkedIn contacts are a protectable trade secret that a departing employee must delete or otherwise relinquish when leaving a job.  In the meantime, there are steps employers can take to make sure confidential information stays confidential.  Employers should communicate with employees about what information is to be kept confidential, including customer lists.  In this case, Cellular made Oakes sign a contract stating that the company’s proprietary information could not leave the building, which is a good first step.  However, the company would have been better off if it had defined what was meant by “proprietary information.”  In addition, a good social media policy can help keep the lines between and employee’s personal and professional use of social media clear, while still allowing employees to engage in what can, in many cases, be a useful marketing tool.